Rocker Joel Madden has slammed reports his marriage to Nicole Richie is in trouble as the couple works on TV talent shows on opposite sides of theworld.

The Good Charlotte frontman, who lives in Los Angeles with his wife andtheir two young children, has recently been spending time in Australia, where he's a mentor on hit new reality show The Voice, while socialite-turned-fashion designer Richie launches her new U.S. series Fashion Star.

Sources tell U.S. tabloid In Touch the time apart has put a strain on the couple's relationship, suggesting the Maddens are having "marriage woes" - but the rocker has now fired off a statement blasting the false speculation about his private life.

The musician reveals he was prompted to speak out about the rumors to protect his reputation and the "sanctity" of his marriage.

The statement, issued to GossipCop.com, reads "I don't usually commenton gossip, but seeing as this is something that is defaming my characterand the sanctity of my marriage and family, I feel like I have to make something clear. I understand the nature of gossip media, and I accept that.

"However much I do understand people's need to be entertained by creating stories for blogs and tabloids, I take my responsibilities as a father, and as a husband very seriously.

"My wife and my children are the most important thing in the world to me. I try very hard to be the father that (children) Harlow and Sparrow need and deserve, and the husband I believe Nicole deserves.

"I care way more about these things than I do about any job I could ever do, song I could ever write, or success I could ever find in what I think is the silliest business in the world.

"I love music and will always work the hardest I can to provide for my family, but not at any cost. My family's well beingand privacy will always come first.

"I would never usually go out of my way to comment on these things, andI by no means plan on starting, I just felt the need to say this becauseif in fact my children do read all the stories that have and will be written by a media that does not care about sacred things like family and marriage, I hope they also find this statement". Madden wed Richie in December, 2010. 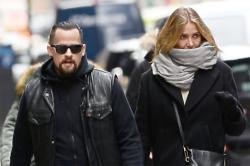 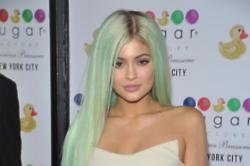 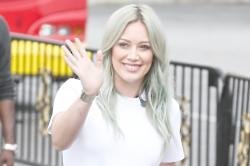