The longtime manager of superstars Mariah Carey, 50 Cent and SEAN 'DIDDY' COMBS has been found dead at his apartment in New York.

The body of hip-hop heavyweight Chris Lighty was discovered on Thursday morning (30Aug12) and police sources tell the New York Daily News they suspect he took his own life by shooting himself in the head after an argument with his ex-wife.

A gun was allegedly found next to the 44 year old.

Lighty, who divorced his wife Veronica last year (11), rose to fame in the music industry in 1988, when he joined rap icon Russell Simmons at his Rush Management company.

He was a pioneer, a mentor, and a great friend RIP

He went on to start his own firm, Violator ManagementBrand Asset Group, where his client list read like a who's who of hip-hop - Busta Rhymes, Missy Elliott, LL Cool J, Q-Tip, Nas, Ja Rule and Mya signed to the company.

Tributes have poured in for Lighty with Def Jam Recordings co-founder Simmons leading the way with a touching statement which reads "I am deeply saddened by the loss of a hip-hop hero. Chris Lighty has been a dear friend of mine since he was a kid. Was a brilliant partner in business and I was so proud of all that he had accomplished. "He is an amazing example of how a passionate kid from the street can go to the most even-keeled, smart, thoughtful manager in the business and a generous philanthropist.

He was loved by everyone who knew him, including me.

He will be missed greatly by all of us". Taking to social networking website Twitter.com, Combs simply wrote, "In shock", while rapper Ludacris remembered Lighty as having "the best energy every time I had an encounter with him". The Game laments, "R.I.P. to my old friend Chris Lighty.

Tragedy has once again struck the music industry and this time it hit close to home.

Chris was a good dude, honestly....

A father, husband, mogul and a great business man.

May his soul rest and many condolensces (sic) to his immediate family and children.

Such a nice guy to me and my band.

May God rest his soul.

I can't believe my big brother Chris Lighty is gone...

He was a pioneer, a mentor, and a great friend RIP...

I truly believe to be absent from the body is to be present with the Lord, but I just feel like Chris's work wasn't finish (sic) on earth speechless". R&B singers John Legend, Brandy and Monica, actor Omar Epps, rapper Fat Joe and Justin Bieber's manager Scooter Braun have also paid tribute to the late mogul via Twitter, while Rihanna tweets, "Rest peacefully Chris Lighty, my prayers go out to family and loved ones! Dear God please have mercy". Lighty's former client Soulja Boy also remembered the impresario, adding, "R.I.P my manager Chris Lighty, I know you're in a better place". 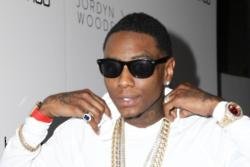 Epic Games deny Fortnite will be on Soulja Boy's console