Andre 3000 'Frank Ocean Song Is Not An Outkast Reunion'

Andre 3000 is urging fans not to view his appearance with Big Boi on Frank Ocean's new song Pink Matter as an Outkast reunion, because he signed up to work on the record as a solo artist.

These songs are not Outkast collaborations

The Ms Jackson singer had already recorded his vocals for the track when his former bandmate Big Boi was asked to lay down lyrics for a remix - marking the first time the hitmakers had appeared on the same track since the Hey Ya! singer joined his pal in the studio for his 2010 solo project, Sir Lucious Left Foot The Son of Chico Dusty.

Big Boi has since revealed that he will also be appearing on a remix to hip-hop star T.I.'s forthcoming single Sorry - which also started out as a collaboration with Andre 3000.

However, Andre wants to make it clear that the tracks were never intended to be Outkast duets - and shouldn't be viewed as such by fans or critics.

A statement released to music magazine Spin reads "It's important for me to be clear about the origins of my contributions to Pink Matter and Sorry. I was approached as a solo artist by both Frank Ocean and Tip (T.I.).

"I discussed musical direction with each artist and completed my verses. It was after that when Big Boi's name came up.

"I discussed this rationale with Big, Frank and T.I. and everyone agreed. That is why I was surprised to read about these remixes. I understand that anyone can put out an unofficial remix to any song but I have an obligation to be honest with fans about what this is... and what it isn't".

Big Boi has been struggling to convince his childhood pal and bandmate to start work on a new Outkast album - their first since 2006. 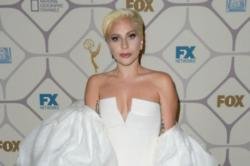 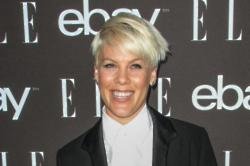