Rockers including WHITESNAKE and ROB ZOMBIE have filed suit against record label executives in a dispute over royalty payments.

The lawsuit was filed in the U.S. District Court in San Francisco, California last Wednesday (18 May 11).

A UMG spokesman tells Variety.com the complaint "suffers from serious flaws and weaknesses... We will vigorously defend against it." 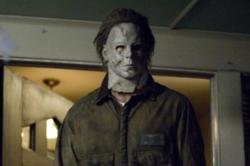