Wycleaf Jean knocks back rumours that shooting story was exaggerated

Wycleaf Jean on the campaign trail

Wycleaf Jean has accused critics of trying to discredit him by spreading false rumours. The rapper has spoken out against those who said he fabricated the story of his shooting in Haiti.

The former Fugees star was travelling through the city of Delmas, near Port-au-Prince, on Saturday night when his car came under attack. He suffered a minor injury to his hand and was taken to hospital for treatment.

Jean's version of events have since been called into question by several sources in his homeland, who have alleged he made up the claims to boost media coverage of his presence in Haiti during Sunday's presidential election.

But Jean has brushed off the criticism in an interview with CNN. Describing the incident, he says, "Basically, it's night. I'm with my chauffeur, FanFan, get out the car, make a call... make a long story short: we hear what's called in Creole 'catoosh', the sound of the booms.

"I look, hand gushing with blood. Jumped in the car with FanFan, ran, picked my crew up, and went to the nearest hospital. I think, really, I got grazed..."

The rapper, who was ruled ineligible to run for office last year (10), is also baffled by reports claiming he was in the car with his hip-hop pal Busta Rhymes, who flew to Haiti last week to join Jean as he campaigned for presidential hopeful Michel Martelly.

Jean adds, "There's 50 million different stories on the Internet. This is Haiti, it's a city of rumours (sic). There's another (rumour) with me and Busta Rhymes in the car."

Meanwhile, Rhymes has taken to his Twitter.com blog to assure fans he is safe and sound.

He writes, "By the way I just wanna thank everybody that checked on my safety in Haiti... I'm good and @wyclef is good. God got his hand on us."

The results of the election, between Martelly and former First Lady Mirlande Manigat are expected to be released next month on April 11th. 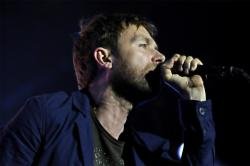 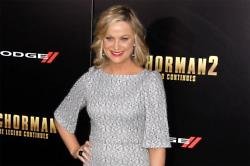 Seven things you should know about Bipolar...