British pop stars Atomic Kitten are sealing their comeback by signing a perfume and cosmetics deal.

We have just signed a contract for our own perfume range and cosmetic range, so this isn't the last of Atomic Kitten

The girl group - Kerry Katona, Natasha Hamilton and Liz McClarnon - has reformed for U.K. reality TV show The Big Reunion and a number of upcoming gigs in Britain.

The band has now revealed they are planning to work on new tracks, and have just landed a deal for a perfume and make-up range.

Speaking on Friday's (15Feb13) episode of U.K. TV programme The Alan Titchmarsh Show, Katona revealed, "We have just signed a contract for our own perfume range and cosmetic range, so this isn't the last of Atomic Kitten".

Hamilton adds, "We've already been in the studio, we want to write some more music so it's all very exciting".

Katona quit the band just days before the release of breakthrough international hit Whole Again in 2001 and was replaced by singer Jenny Frost, but the original trio reunited for the U.K. reality show after Frost fell pregnant.

She has since given birth to twins. 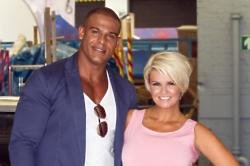 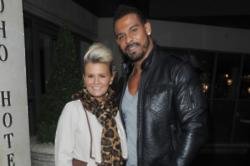 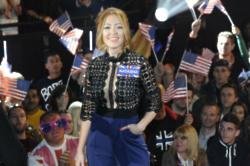