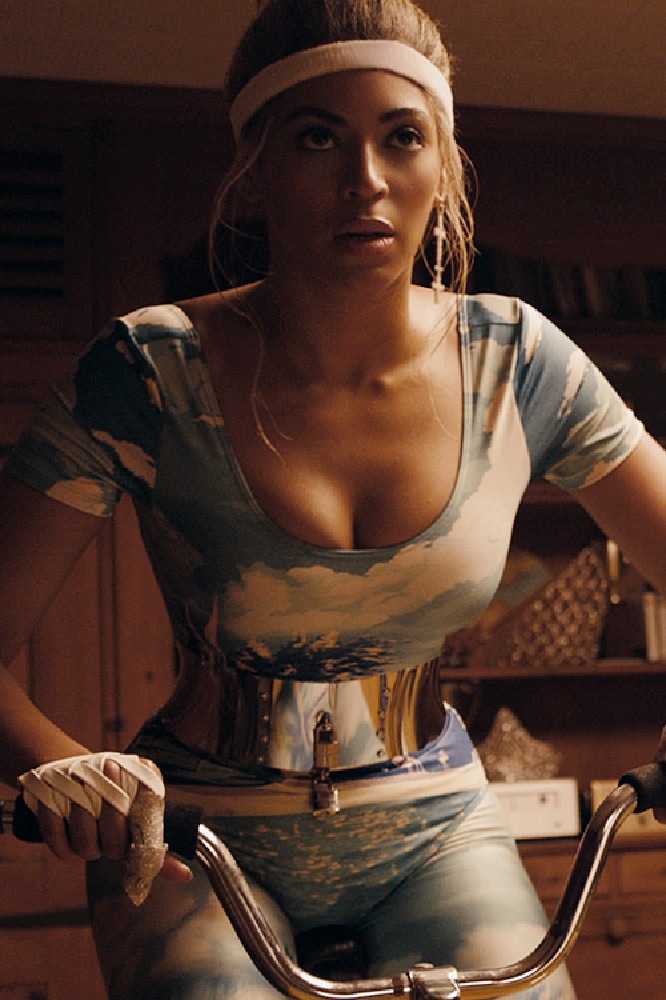 Beyonce and Jay Z have released a star-studded short film ahead of their first joint world tour later this year (14).

They are teaming up for their On The Run summer stadium tour across the U.S., which kicks off in Miami, Florida on 24 June (14), and have now thrilled fans with an explosive four-minute promo set to the tune of their duet Part II (On The Run) to promote the trek.

The couple is then seen holding up a bank, and a blood-soaked Beyonce appears in a police line-up alongside sisters Rashida and Kidada Jones

In the crime-themed footage, gun-toting Beyonce and Jay Z are on the run from cops, and the 99 Problems hitmaker is seen having intense discussions with Penn and Cheadle, while his wife tells actress Lively, "You don't know who I am anymore".

The action heats up as the footage shows Beyonce running away from a cop, played by Rossum, who begins firing shots at the singer as she races down a back alley.

Beyonce then tends to a wound on the rapper's arm, asking, "Do you trust me?", before they appear on a motorbike, with the Crazy in Love superstar wearing a wedding dress and veil.

The couple is then seen holding up a bank, and a blood-soaked Beyonce appears in a police line-up alongside sisters Rashida and Kidada Jones.

The film was released on Saturday (17May14), the same day Beyonce posted a new snap of her smiling with her sister Solange Knowles on Instagram.

It is the first new photo of them together since footage of Solange attacking Jay Z in an elevator was leaked earlier this month (May14).