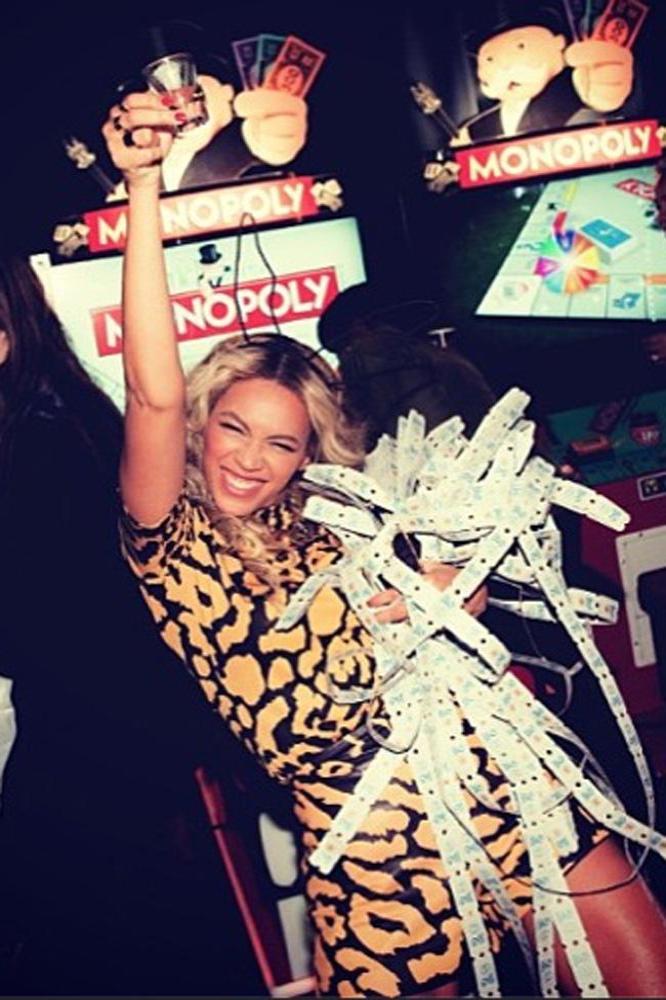 Beyonce has shown her support for sister Solange Knowles following her now notorious bust-up with Jay Z by posting pictures of the pair posing happily on her Instagram.com page.

The famous family hit headlines on Monday (12May14) when surveillance video from an elevator at the Standard Hotel in New York City appeared to show Solange hitting and kicking the 99 Problems hitmaker as they left an afterparty following the Met Gala on 5 May (14).

The clip apparently shows Beyonce calmly watching the furore, before stepping between the pair.

Speculation has been rife about what prompted the outburst, with some reports suggesting there is now a rift between the sisters after Solange deleted all pictures of Beyonce from her Instagram page on Tuesday (13May14).

However, the Crazy in Love hitmaker moved to end reports of a feud on Wednesday (14May14) by posting four candid snaps of the sisters having fun in the past.

One shot shows the pair sitting in the back of a vehicle, in another they are kicking their legs in the air in a field, and a third features them hugging onstage at the Coachella music festival in California last month (Apr14).

Beyonce and Jay Z put on a united front on Monday night by sitting courtside at a basketball game between the Brooklyn Nets and Miami Heat in New York.