Beyoncé stole the show at the Tidal X concert in New York on Tuesday night (20.10.15) by duetting with husband Jay Z and Nicki Minaj. 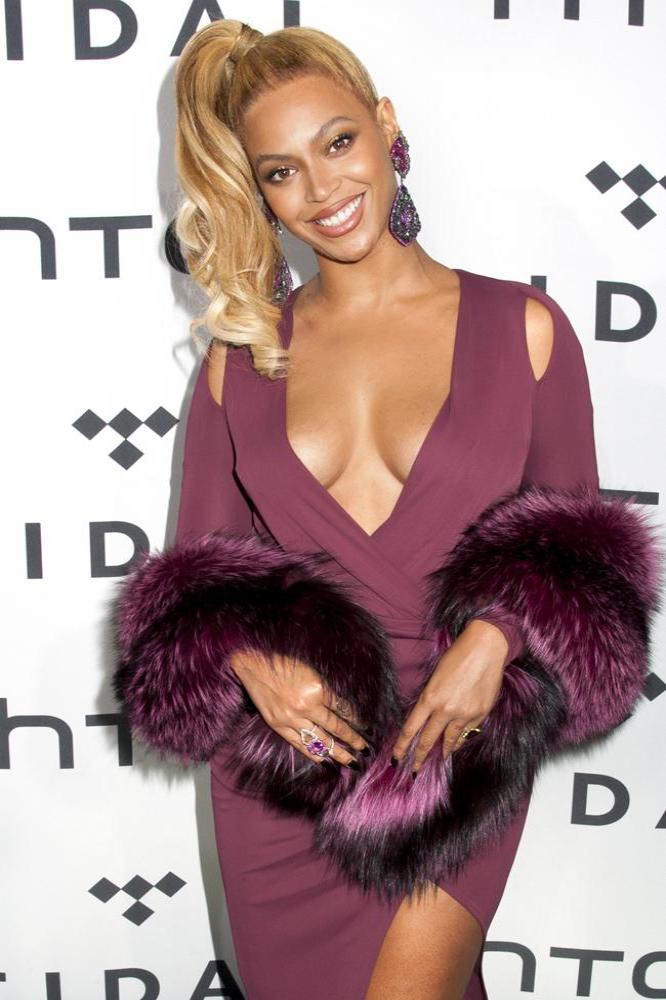 Jay Z hosted the charity show at the Barclays Centre in Brooklyn to celebrate the online music streaming service reaching one million subscribers and the event was streamed on Tidal.

A host of artists performed including Usher, TI and Meek Mill but the highlight of the evening was when Beyonce took to the stage for the incredible duets.

The 'Drunk In Love' singer replaced Justin Timberlake's vocals on his and Jay Z's hit 'Holy Grail' and told the crowd it's the couple's "favourite" track to perform together.

If that wasn't enough, Queen B then joined 'Anaconda' rapper Nicki for two songs they've collaborated on, a highly energetic and raunchy performance of 'Feeling Myself' and 'Flawless', in which they wore sexy leotards flaunting their famous booty's.

Jay Z himself also performed with his contemporaries Rick Ross on their track 'F**kWithMeYouKnowIGotIt', and joined Lil Wayne for 'Hello Brooklyn'.

Damian Marley also played on the night and was revealed to be the latest celebrity backer of Tidal.

Prince was also due to play at the concert, however, he pulled out without giving a reason for his absence.