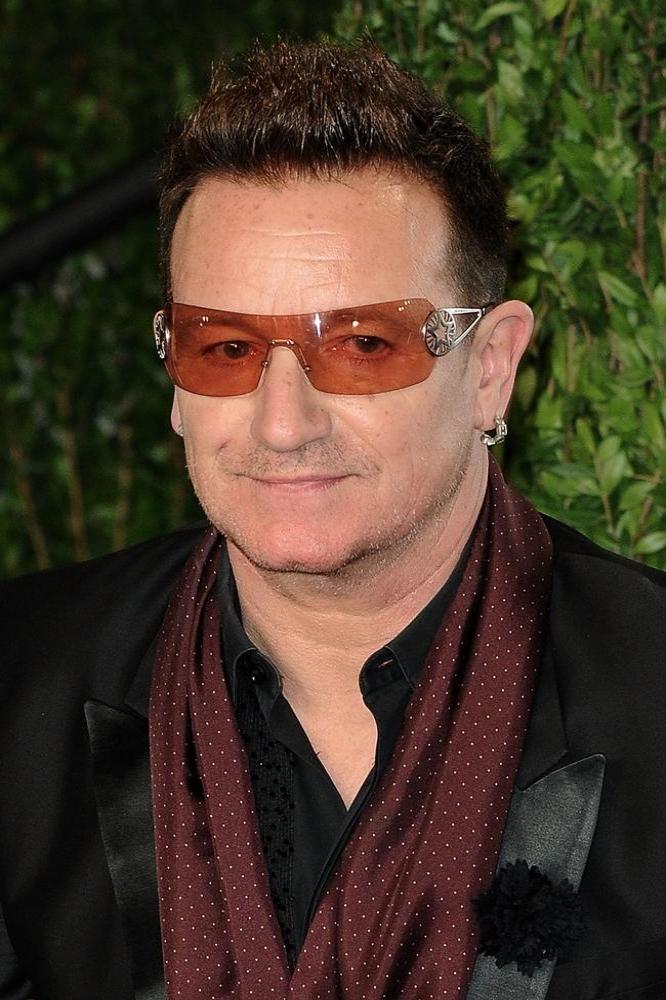 U2 star Bono has penned a tribute essay for Time magazine honouring his friend Nelson Mandela, who died on Thursday (05Dec13).

The rocker reveals that the former South African leader was his mentor and hero - and the leading figure behind his decision to become an activist for world change as a teenager.

In the 1051-word piece, titled The Man Who Could Not Cry, which was published on Time's website hours after the news of Mandela's death was released, Bono writes, "As an activist I have pretty much been doing what Nelson Mandela tells me since I was a teenager".

'How did you do that?' I gasped

The singer, who has become a leading light in the fight against Aids and world poverty and an international rights advocate, calls Mandela a "forceful presence" in his life, adding his idol was a "hardheaded realist" and a "compromiser without being compromised".

And he recalls confronting Mandela about accepting money and friendship from his former foes, like late British leader Margaret Thatcher.

He writes, "He told me once how Margaret Thatcher had personally donated ?20,000 to his foundation. 'How did you do that?' I gasped. The Iron Lady, who was famously frugal, kept a tight grip on her purse. 'I asked,' he said with a laugh. 'You'll never get what you want if you don't ask.' "Then he lowered his voice conspiratorially and said her donation had nauseated some of his cohorts 'Didn't she try to squash our movement?' they complained.

His response 'Didn't (former South African leader F.W.) De Klerk crush our people like flies? And I'm having tea with him next week...

He'll be getting the bill.'" Bono also recalls one touching moment with his late friend - when he joined Mandela at his former prison home on Robben Island. He adds, "It was...

in the courtyard outside the cell in which he had spent 18 of his 27 years in prison.

He was explaining why he'd decided to use his inmate's number, 46664, to rally a response to the Aids pandemic, claiming so many African lives.

"One of his cellmates told me that the price Mandela paid for working in the limestone mine was not bitterness or even the blindness that can result from being around the bright white reflection day after day. Mandela could still see, but the dust damage to his tear ducts had left him unable to cry. "For all this man's farsightedness and vision, he could not produce tears in a moment of self-doubt or grief.

Now, he could cry.