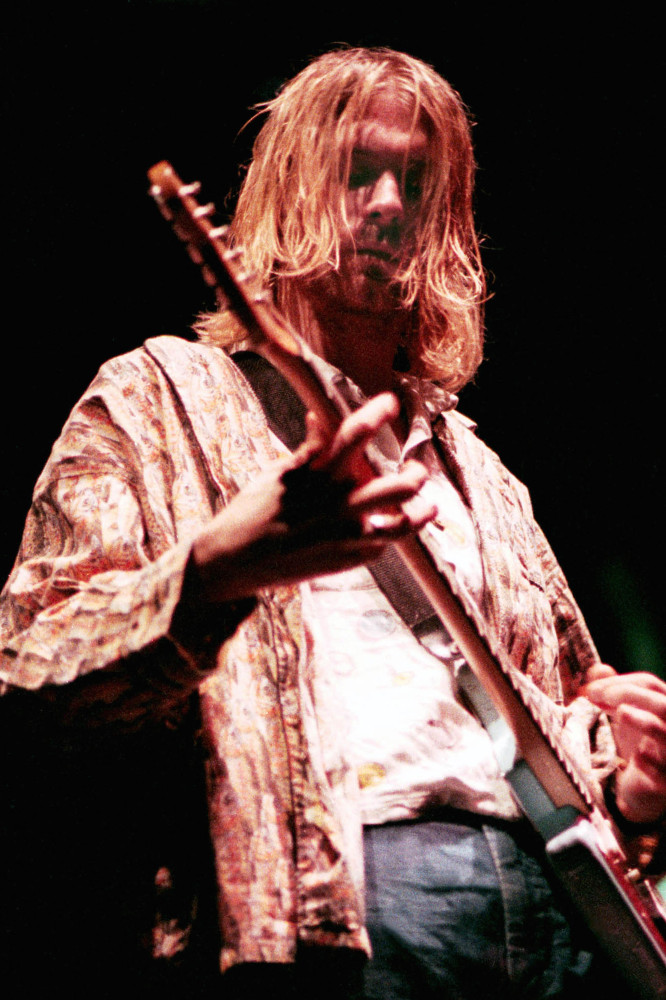 Officials in Kurt Cobain's native Aberdeen, Washington celebrated what would have been the rocker's 47th birthday on Thursday (20Feb14) by unveiling a statue depicting the Nirvana frontman weeping.

The inaugural Kurt Cobain Day featured festivities across the city, including a tribute show and an appearance from the late star's guitar teacher, in addition to the unusual statue's big reveal.

The sculpture, by artist Randi Hubbard, features a single tear on the musician's right cheek as he sits and plays a guitar.

It had reportedly been in the works for the past 20 years and is now set to go on display at the Aberdeen Museum of History.

Aberdeen isn't the only city to have its own Kurt Cobain Day - officials in the neighbouring town of Hoquiam, where the rocker lived briefly, will host their own celebrations on 10 April (14), to coincide with Nirvana's induction into the Rock and Roll Hall of Fame.