David Bowie's posthumous album 'Blackstar' has been nominated for the 2016 Hyundai Mercury Prize.

David Bowie's 'Blackstar' has been shortlisted for the 2016 Hyundai Mercury Prize posthumously. 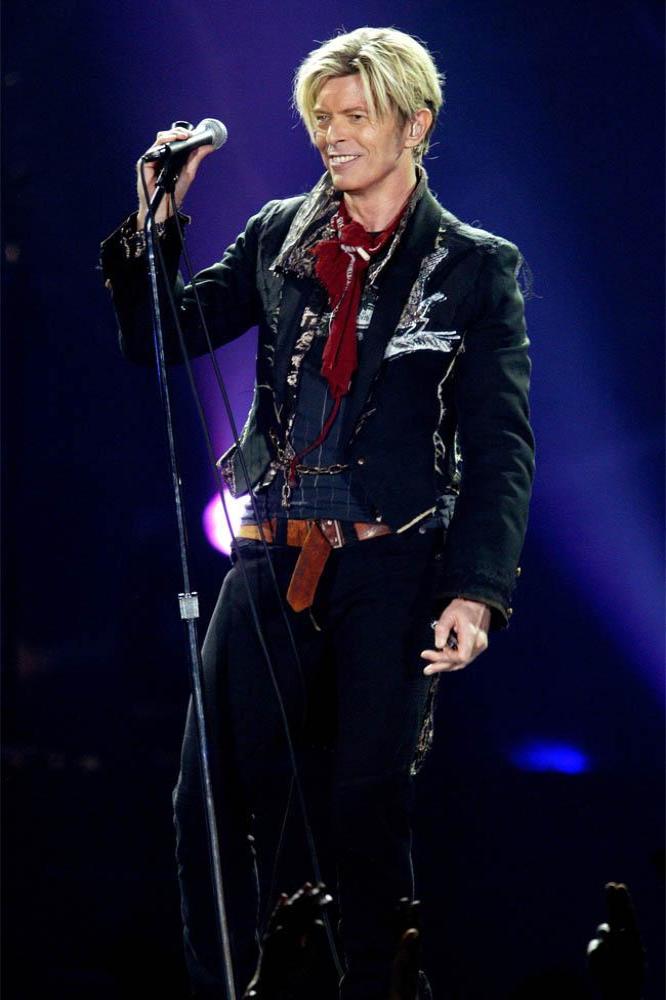 The 'Space Oddity' hitmaker - who tragically died in January at the age of 69 from cancer - has been nominated for a third time having previously been up for the prestigious accolade in 2002 for 'Heathen' and in 2013 for 'The Next Day'.

The full shortlist of 12 nominated albums were announced at a ceremony hosted by 6 Music's Shaun Keaveny in London on Thursday (04.08.16) and features a diverse range of artists from Radiohead to grime stars Kano and Skepta.

The 'Creep' hitmaker's ninth studio LP 'A Moon Shaped Pool' has been shortlisted along with Kano's Made in the Manor' and Skepta's 'Konnichiwa'.

Other albums up for the award include The 1975's 'I like it when you sleep, for you are so beautiful yet so unaware of it', Jamie Woon's 'Making Time' and Laura Mvula's 'The Dreaming Room'.

And completing the list is Bat For Lashes with 'The Bride', 'Michael Kiwanuka with 'Love & Hate', 'Adore Life' by Savages',

'Hopelessness by Anohni and 'Chanel the Spirits' by The Comet Is Coming.

The judging panel said "This is music to make sense of our unsettling times - heartfelt, angry, thoughtful and thrilling. The 2016 Hyundai Mercury Prize 'Albums of the Year' are marked by their musical ambitions, unexpected instrumentation and breathtaking arrangements."

The prize aims to celebrate the best British albums from the past year.

The six finalists and the overall winner will be announced as part of the 2016 Awards Show, which will take place on September 15 at the Eventim Apollo, Hammersmith.

The ceremony will feature live performances from the shortlisted artists and will culminate in the announcement of the overall winner of the 2016 Hyundai Mercury Prize for 'Album of the Year'.

The online vote is now open, which will enable music fans to select the first of six 2016 finalists from the 12 'Albums of the Year'. To vote visit www.mercuryprize.com

2016 Hyundai Mercury Prize Albums of the Year nominations are:

Bat For Lashes - 'The Bride'

The Comet Is Coming - 'Channel the Spirits'