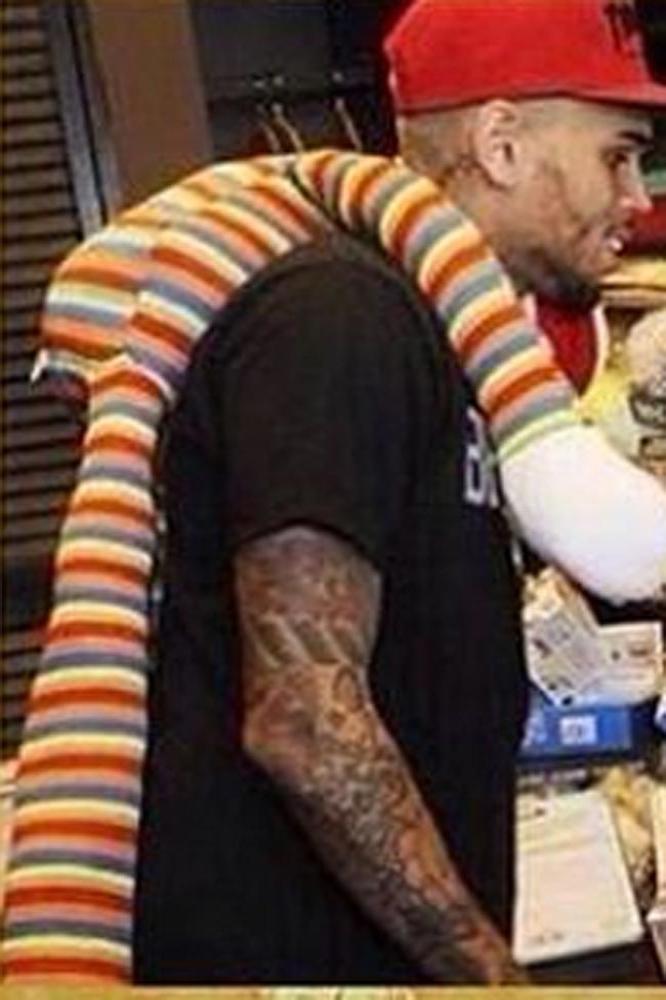 He also performed a new track

Chris Brown and Drake patched up their differences to shoot a hilarious skit that aired during the ESPYS sports awards telecast in America on Wednesday night (16Jul14).

The rapper, who was hosting the show from L.A. Live in Los Angeles, pretended to be at war with basketball star Blake Griffin over a title for their new movie, as they argued over who should take top billing.

The Los Angeles Clippers star promised to make Drake change his mind and call the film Blake and Drake and was spotted in scrubs in surgery ready to remove the rap star's appendix.

As the ESPYS host pretended to fall asleep under anaesthesia, Griffin promised all the nurses surrounding him free doughnuts in the kitchen and then revealed his true identity, as Drake said, "Oh my God, you're the surgeon?" Griffin responded, "I'm not the surgeon, he is," pointing to Brown, who said, 'Yo, motherf**ker!" The basketball star and the singer then stood over Drake as he went under. Brown and Drake recently made amends after a nightclub brawl in 2012. Brown and Griffin popped up again at the end of the skit as they pretended to take over hosting duties from Drake onstage, with the R&B star calling himself "America's sweetheart". Drake was seen bound and gagged backstage on a big screen behind them. Drake showed off his comedy skills at the top of the show as he poked fun at Clippers boss Donald Sterling, American football star Johnny Manziel and basketball star Lance Stephenson. He also performed a "new track" called Honorable Mention, which poked fun at all the athletes who came in second in the past year, and then teamed up with Brian McKnight for a tune called Side Pieces about sports stars' mistresses. Another highlight came when he appeared in a skit as boxer Manny Pacquiao, attempting to record a new version of Frozen's Let It Go.