Joe Jonas ducked questions about the future of the Jonas Brothers on Thursday (17Oct13) as he returned to the red carpet in Los Angeles for the first time since the pop star siblings scrapped their U.S. tour due to a "deep rift".

He said, I think acting would be fun

The hitmakers stunned fans earlier this month (Oct13) when they pulled all of their live shows after falling out over their musical direction.

The group has yet to address what the future holds for the Jonas Brothers, and Joe refused to shed any more light on the boys' feud on Thursday as he attended the inaugural gala for the new Wallis Annenberg Center for the Performing Arts Gala in Beverly Hills solo, telling reporters, "I'm not going to talk about that right now".

However, the singer did open up about his own career plans, revealing he would like to build on his screen credits after his turns in family TV series Jonas and a more recent appearance on U.S. comedy show Hot In Cleveland.

He said, "I think acting would be fun. I would like to (get into that)".

Joe's red carpet appearance occurred hours after a representative for the band was forced to deny rumors the 24 year old was battling a secret drug addiction, which had been falsely touted as one of the reasons for the Jonas Brothers' apparent split.

The star's night was an eventful one - he ran into his ex-girlfriend, actress Camilla Belle, at the bash. 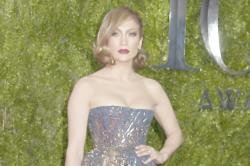