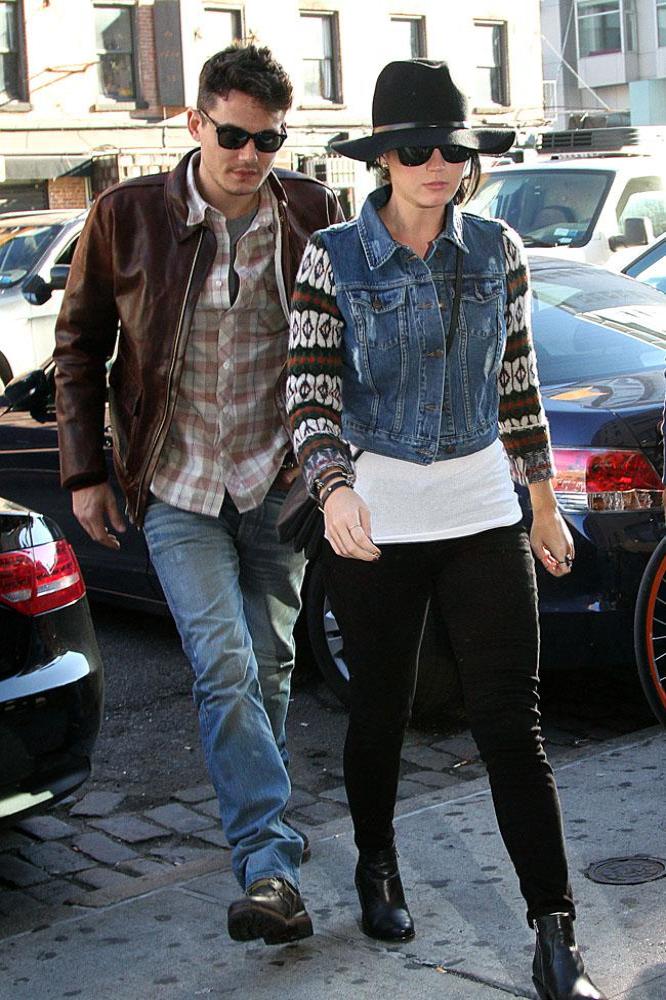 John Mayer has heaped praise on his girlfriend Katy Perry for helping through his vocal issues following double surgery to remove a granuloma.

The singersongwriter was silenced for almost a year as he recovered from the medical procedures and admits he could never be sure that his voice would return.

Mayer admits he still uses his iPad to scribble down notes to his girlfriend at dinner to save his voice, which he insists is still not back at full strength

Determined to follow the advice of his doctors, he would whisper things in Perry's ear for her to pass on to friends and family members.

The Daughters singer explains, "I whispered in her ear, and she would tell it to the table - I had to rely on her comic timing, and she was pretty good".

He adds, "I used to type in my iPhone and it would talk to her. I'd go to dinner with an iPad".

Mayer admits he still uses his iPad to scribble down notes to his girlfriend at dinner to save his voice, which he insists is still not back at full strength.

The singer was honoured for raising awareness about his health battle at the UCLA Head and Neck Surgery Department's 2014 Luminary Awards on Wednesday (22Jan14).

In addition to receiving the accolade, the star was also on hand to praise the work of Dr Gerald Berke, the specialist who was key in Mayer's recovery after his surgeries in 2011 and 2012.

During his acceptance speech, he joked about his doctor pal and said, "He probably didn't know who I was 'Who's John Mayer? I'm too busy cloning a throat.'" Mayer added, "I needed my voice more than ever. Because sometimes it's more important to restate who you are than to initially state who you are... I happened to learn that the voice is an instrument. Nobody sees that instrument as delicately as carefully as phenomenally as Dr Berke and his colleagues".

Mayer performed at the Beverly Hills gala, as did Celine Dion, who was also a patient of Berke's.