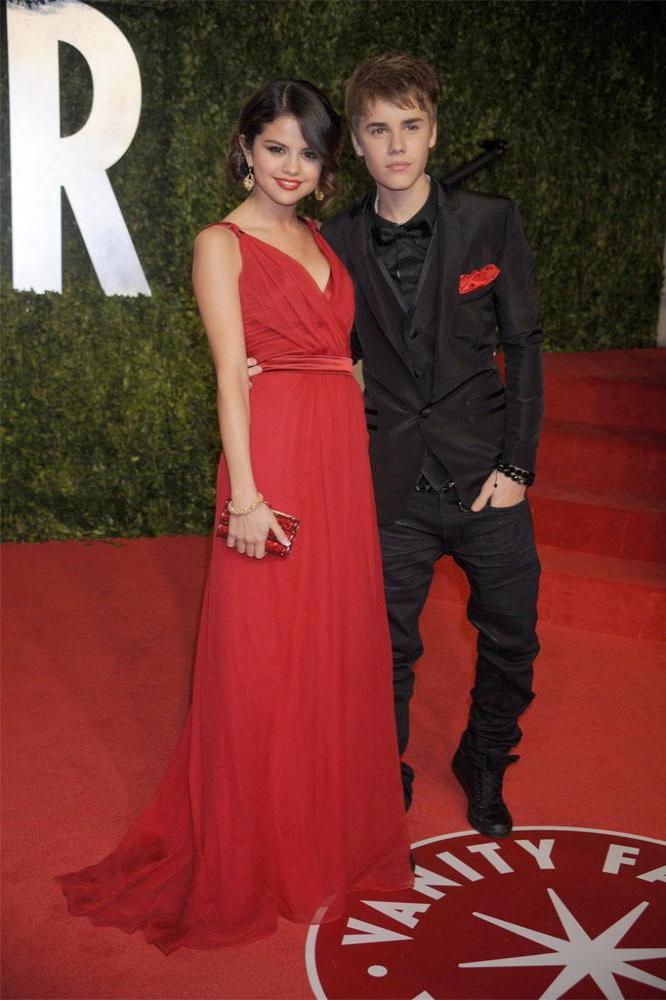 Justin Bieber had to wade through an army of devoted fans to turn himself in to police in his native Canada on Wednesday (29Jan14).

The embattled pop superstar was officially charged in connection to an alleged assault on a Toronto limousine driver last year (Dec13), and is scheduled to appear in court on 10 March (14).

A police official confirmed reports last month (Dec13) that detectives were investigating allegations that a member of Bieber's entourage assaulted the driver as he escorted the singer and friends from an ice hockey game, although it was not clear if the singer was actually involved in the alleged altercation.

As the matter is now before the court, it would be inappropriate to address the specifics of either the allegation or of our defense at this time

Bieber's attorney maintains the Baby hitmaker is innocent in a statement that reads "We anticipate that this matter will be treated as a summary offense, the equivalent of a misdemeanor in the United States. Our position is that Mr Bieber is innocent. As the matter is now before the court, it would be inappropriate to address the specifics of either the allegation or of our defense at this time".

Fans, reporters and paparazzi braved freezing temperatures to await Bieber's arrival at the police station just hours after his return from a working vacation in Panama.

Wearing a trademark baseball cap on backwards and a black winter coat, Bieber was mobbed as he stepped out of his black SUV.

The 19 year old left the police station about two hours after entering the building, according to local reports.

Wednesday was full of legal woes for the Baby singer - earlier in the day he pleaded not guilty in writing to DUI, resisting arrest and driving on an expired license charges in connection to an arrest in Miami, Florida last week (23Jan14).

He is scheduled to make another court appearance on 14 February (14) to formally answer the charges.

If convicted, he faces up to six months behind bars.

And his legal problems don't end there - the superstar is still under investigation for felony vandalism in Los Angeles County after allegedly hurling eggs at a neighbour's home in Calabasas, California.

He is also being sued for assault and battery by a paparazzo, who claims he was attacked by Bieber last year (13).

Meanwhile, Bieber critics in America who launched a petition to have the young star deported have reached their goal of 100,000 signatures in less than a week.

By law, White House officials must now take the petition seriously, although it is unlikely that the singer will be stripped of his green card and visa because federal law dictates that such action can only be taken if an individual is convicted of a violent crime.