They recently started hanging out more, going on date-like activities

Serial Hollywood daters Amanda Seyfried and Justin Long have fallen for each other, according to U.S. reports.

The Mamma Mia! actress and the Going the Distance star have started dating after initially meeting while they were both with other partners.

A source tells Usmagazine.com, "Justin is super private about his relationships, (so) I'm not positive how they exactly met, but they've known each other for a while, when they were seeing other people. They recently started hanging out more, going on date-like activities. They're both busy... but they're seeing where it goes". 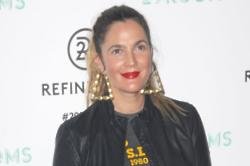