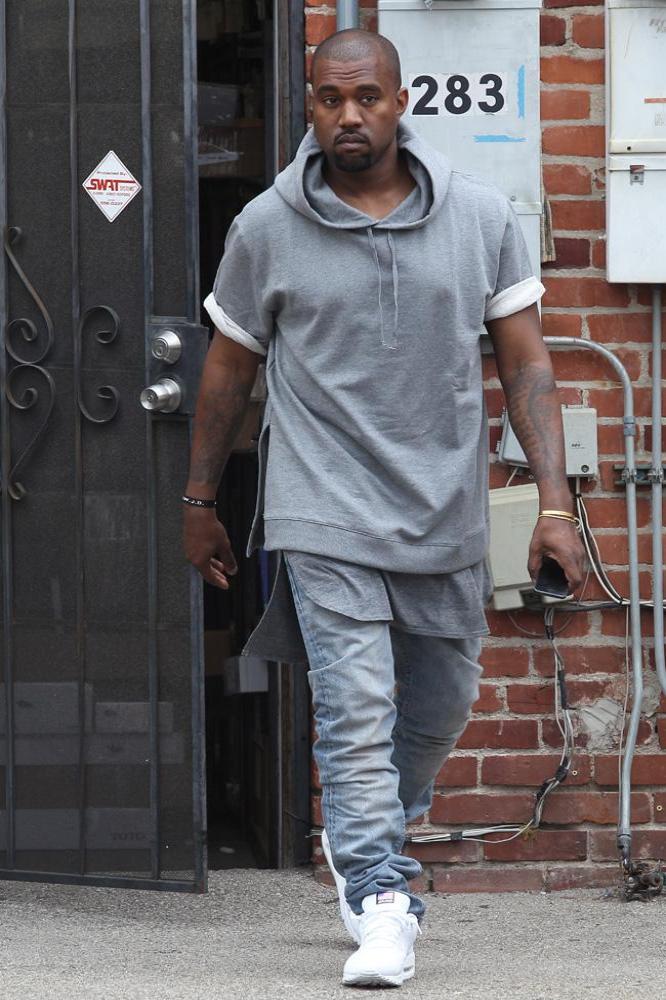 Rapper Kanye West hit out at the paparazzi again in the early hours of Friday (27Sep13) after clashing with photographers camped outside his Los Angeles house.

The rapper has hit back at the claims in court, insisting he reacted after fearing his safety was in immediate danger

The Jesus Walks hitmaker was arriving home at around 4am local time when he was confronted by snappers eager to quiz him about his feud with U.S. late night host Jimmy Kimmel, who had poked fun at the star on TV earlier this week (begs23Sep13) by spoofing an hour-long interview he recently gave to BBC radio.

West, who had embarked on a Twitter.com rant about the comedy sketch on Thursday (26Sep13), was not in the mood to talk to the paparazzi and in video footage obtained by TMZ.com, he is seen blasting one shutter bug as "a blood sucking mosquito" and "bully", before lunging towards the camera.

However, West stopped himself before the argument became physical and is now reportedly seeking to press charges over the incident.

West is no stranger to run-ins with the paparazzi - he is facing charges of battery and attempted grand theft relating to an altercation in July (13), when he allegedly tried to grab the camera out of photographer Daniel Ramos' hand and wrestled him to the ground at Los Angeles International Airport.

The rapper has hit back at the claims in court, insisting he reacted after fearing "his safety was in immediate danger".

If convicted, West faces a maximum of one year behind bars.