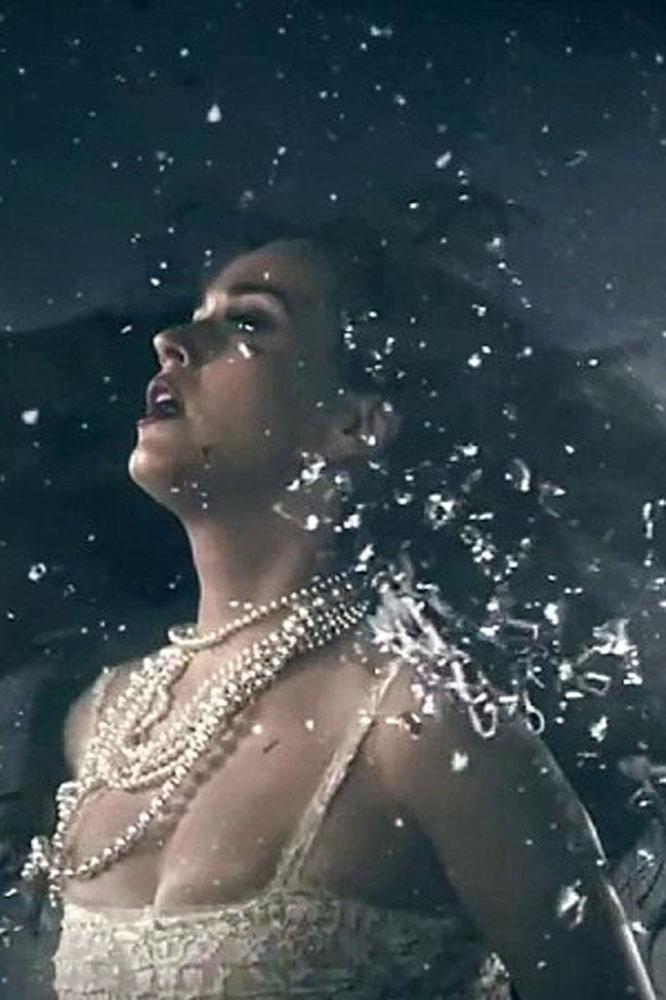 Katy Perry introduced the inaugural iHeartRadio Music Awards in Los Angeles from the roof of the Capital Records building.

The pop star recalled driving around L.A. in her "little beat-up car" that eventually got repossessed and hearing one of her songs on a local radio station for the first time.

In the pre-taped segment, the singer said, "This is the city where everyone comes to Roar. This is Los Angeles, the centre of the music universe. And this is the iHeartRadio Music Awards".

Pitbull opened the show on Thursday evening (01May14) by performing Wild Wild Love with girl band G.R.L. on the back of a prop yacht on the Shrine Auditorium stage.

The rapper also performed his Timber duet solo without Kesha, who has yet to perform for the first time following a stint in rehab earlier this year (14).

The Tik Tok singer's voice could be heard but she was a no-show onstage.

Rihanna claimed the first-ever iHeartRadio Music Award when her song Pour It Up was named Hip HopR&B Song of the Year.

Pitbull accepted the honour on behalf of the absent singer, who was reportedly stuck in traffic on a local Los Angeles freeway.

The rapper was back onstage minutes later to accept the Best Collaboration prize for his hit duet with Kesha, and Miley Cyrus landed an award for Best Lyrics for her 2013 hit Wrecking Ball.

The sick star was unable to make it to the ceremony, so her father Billy Ray Cyrus picked up the honour on her behalf and said, "As a dad, I can't begin to tell you how much your thoughts, your love, your support for my family and Miley mean to all of us".

The pop star is still recovering from an allergic reaction to sinus medication.

Luke Bryan, Ed Sheeran and Bastille were also among the early performers, while Blake Shelton, Drake, Shakira, Kendrick Lamar and Pharrell Williams are all billed to perform at the prizegiving and Michael Jackson's new tune Love Never Felt So Good will debut during the show.

More than 60 million U.S. radio listeners have voted for the awards.