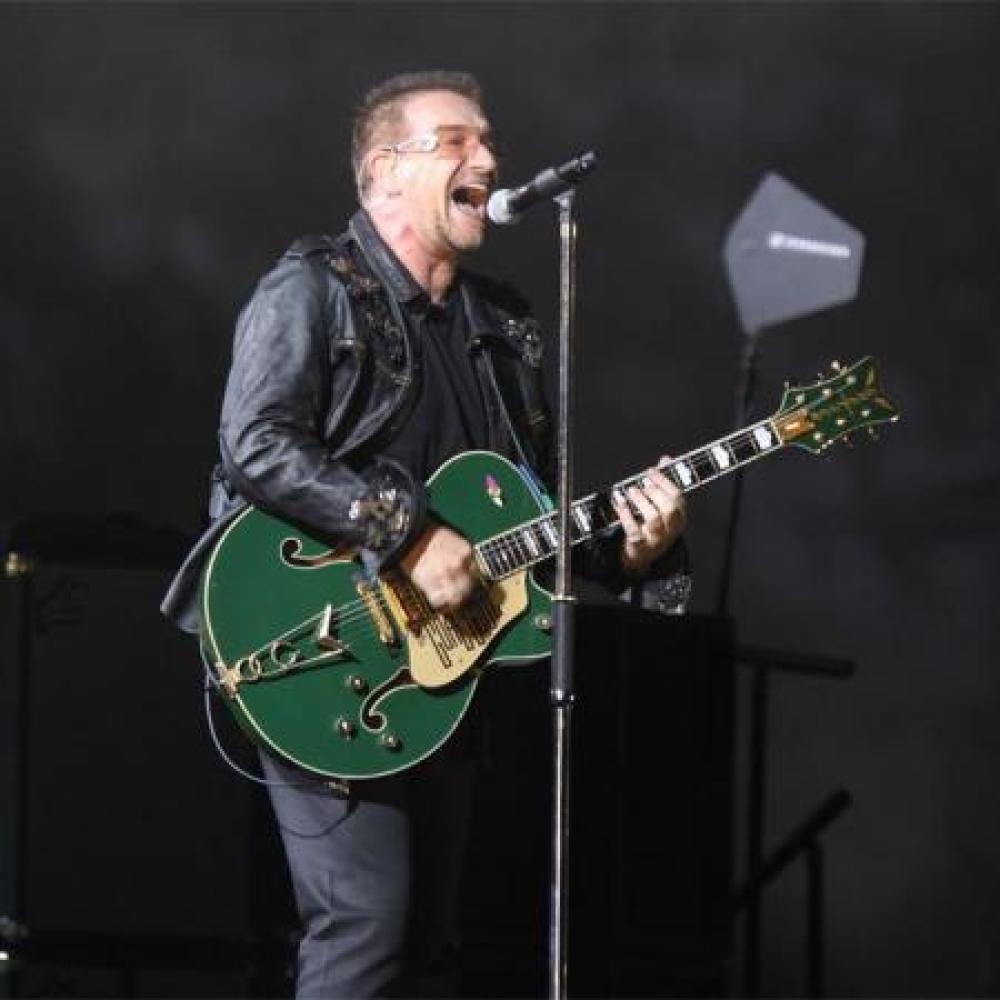 The band were playing at New York's Madison Square Garden when the 29-year-old star joined them to perform a surprise rendition of 'Ordinary Love', which was written in honour of Nelson Mandela for the soundtrack to 'Mandela: Long Walk to Freedom'.

Hugging and kissing the star - who sang and played the piano - frontman Bono said: "It's yourself. Her Ladyness, Her Gaganess is here this evening. That's a treat."

At the end of the performance, he added: "Princess, Queen, one day Woman of New York City, here with us tonight in Madison Square Garden. What a delight."

And after the performance, the 'With or Without You' hitmakers took to Instagram to praise the singer once again.

Along with a photo of them on stage, they wrote: "All hail Her Gaganess @ladygaga#U2ieTour (sic)."

Replying to the message on Twitter, Gaga wrote: "@U2 all hail You Too (sic)."

And an excited fan at the show wrote on Twitter: "So then...U2 happened!!!! Who's that blonde lady? Oh...Lady Gaga. Amazing amazing night. (sic)"

The 'Do What U Want' singer isn't the first famous face to have been spotted at one of the band's recent concerts, with Sir Paul McCartney, Nile Rodgers, Alicia Keys and Jon Bon Jovi all attending the group's shows.