Police in Oklahoma are investigating a report of assault onboard one of 2 Chainz or Lil' Wayne's tour buses after a female fan alleged a member of the rappers' entourage punched her in the face.

The unnamed woman claims she was invited on board one of the vehicles after a show in Oklahoma earlier this week (beg19Aug13) and she left with a broken jaw after an altercation with a man who tried to stick his hand down her shirt and grab her breast.

The victim's jaw was reportedly broken in two places and she has had surgery to repair it, according to TMZ.com.

She now has her jaw wired shut.

A representative for the Oklahoma City Police Department has confirmed the incident is under investigation.

The incident allegedly occurred just hours before police searched 2 Chainz's tour bus for drugs and arrested the rapper and members of his crew for initially allowing them onboard. 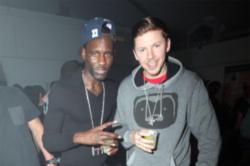 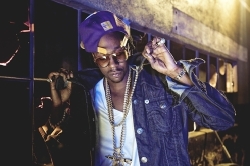