Madonna has promised to blend "sexuality and religion" into her 'Rebel Heart Tour' which will kick off next month.

Madonna has promised to blend "sexuality and religion" into her 'Rebel Heart Tour'. 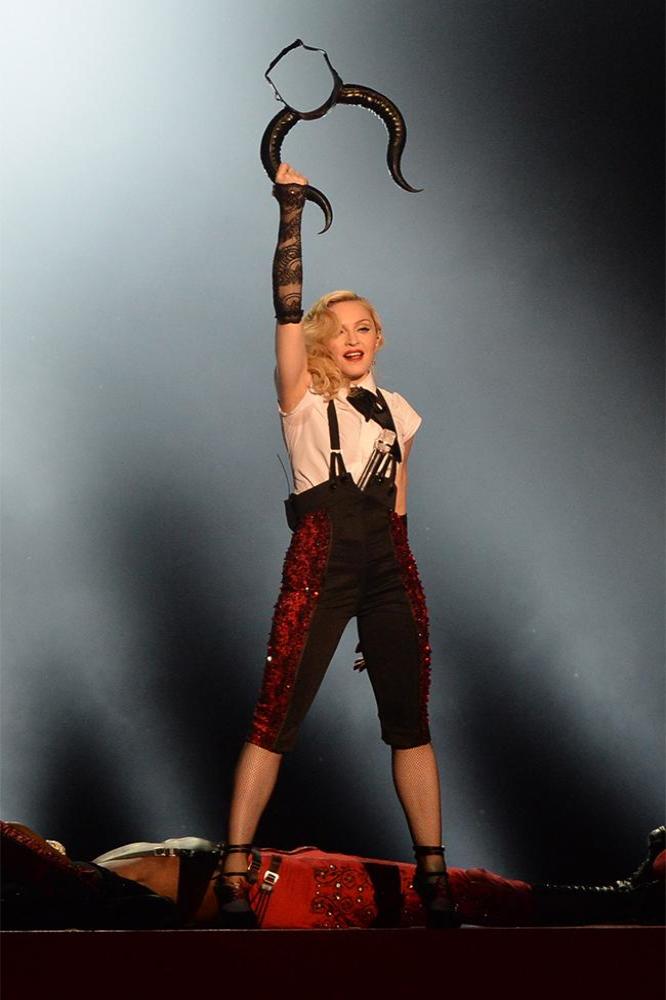 The 56-year-old star has revealed she has been inspired by "deconstructing" concepts on her forthcoming world tour, which will kick off in Montreal, Canada, on September 9.

She said: "I'm very immersed in deconstructing the concept of sexuality and religion and how it's not supposed to go together, but in my world it goes together."

The news comes just a week after it was revealed the show will feature pole dancing women controversially dressed as nuns.

However, the 'Living For Love' hitmaker insisted the thing she is most looking forward to about the tour is the opportunity to perform new material from her 2015 album 'Rebel Heart'.

She gushed: "Of course, the thing I'm most excited about doing is my new stuff, because I haven't done it yet and it's fresh."

The musical icon - who has been spending 10 to 12 hours rigorously preparing for the tour each day - admitted nailing down the set list has been "tricky" though as she wants to please fans with a mix of both old and new songs.

She told Entertainment Weekly magazine: "But I realize that people want to hear my older stuff, so for me it's always a tricky balance trying to keep some kind of continuity, not only with sound, sonically, but also thematically ... a lot of times I have to take the songs and turn them inside out and make them more ironic than straightforward."