Miley Cyrus Strips Off Again for Another Raunchy Performance 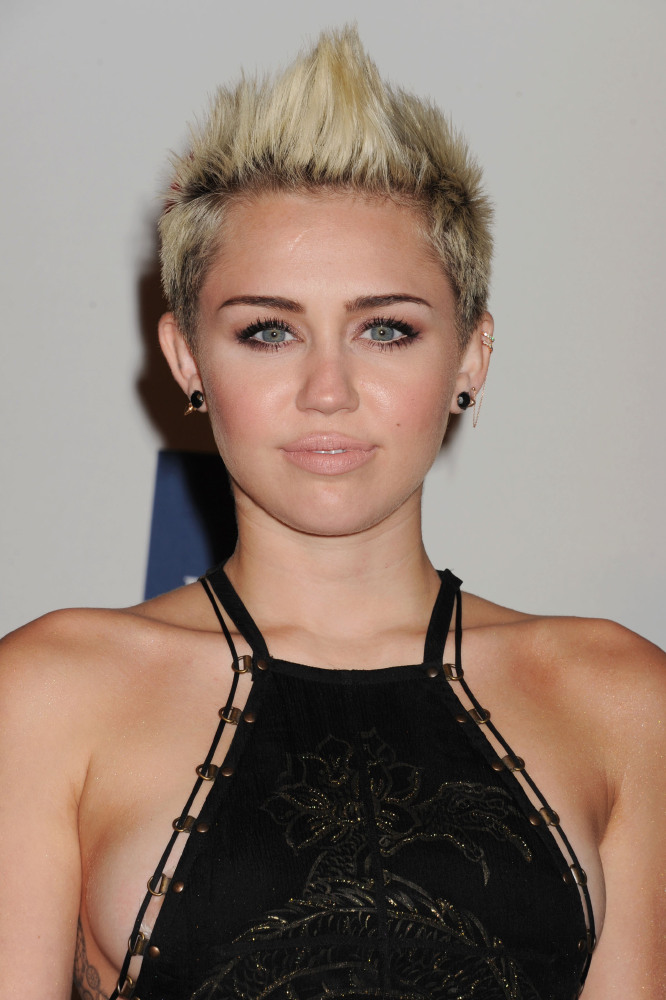 Miley Cyrus proved she has no plans to tone down her saucy onstage antics in the aftermath of her controversial MTV Video Music Awards performance by taking to the stage at a festival in Las Vegas with her breasts and backside on display.

The former child star, who provoked a storm of criticism over her saucy show with Robin Thicke at the MTV awards show in August (13), was among the headliners at the 2013 iHeartRadio Music Festival on Saturday night (21Sep13) at Sin City's MGM Grand Garden Arena, and she stunned the audience by performing in another barely-there outfit.

Cyrus, who was introduced by pop superstar Britney Spears, took to the stage wearing nothing but skimpy panties and nipple pasties under a completely see-through mesh dress.

The provocative show was a contrast to her earlier performance at the festival during the day on Saturday, when she made her return to the stage for the first time since confirming her split from fiance Liam Hemsworth.

Cyrus' voice cracked during an emotional rendition of her latest single Wrecking Ball, and she was seen with tears streaming down her face.

She also brought several small people on stage with her to perform her signature 'twerking' dance move during the early set.