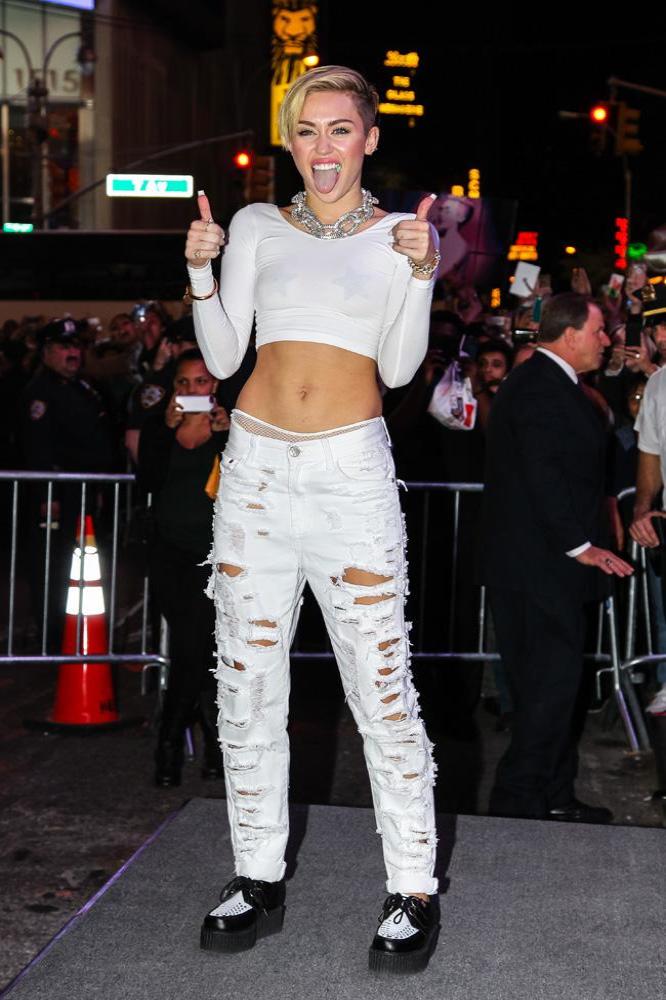 Miley Cyrus has hit back at Joe Jonas after he blamed her for introducing him to marijuana when they were teenagers.

Jonas opened up about his past in a revealing article for Vulture Magazine in December (13) and claimed Cyrus and fellow Disney star Demi Lovato had urged him to try weed.

But the Wrecking Ball singer tells the New York Times she did not force the drug on Jonas, insisting everyone is responsible for their own choices.

She says, "If you want to smoke weed, you're going to smoke weed. There's nothing that two little girls are going to get you to do that you don't want to do. I thought maybe he (Jonas) was saying that like it was going to make him look bada**... We were so young that it's actually like 'How did you get peer pressured by me?'"