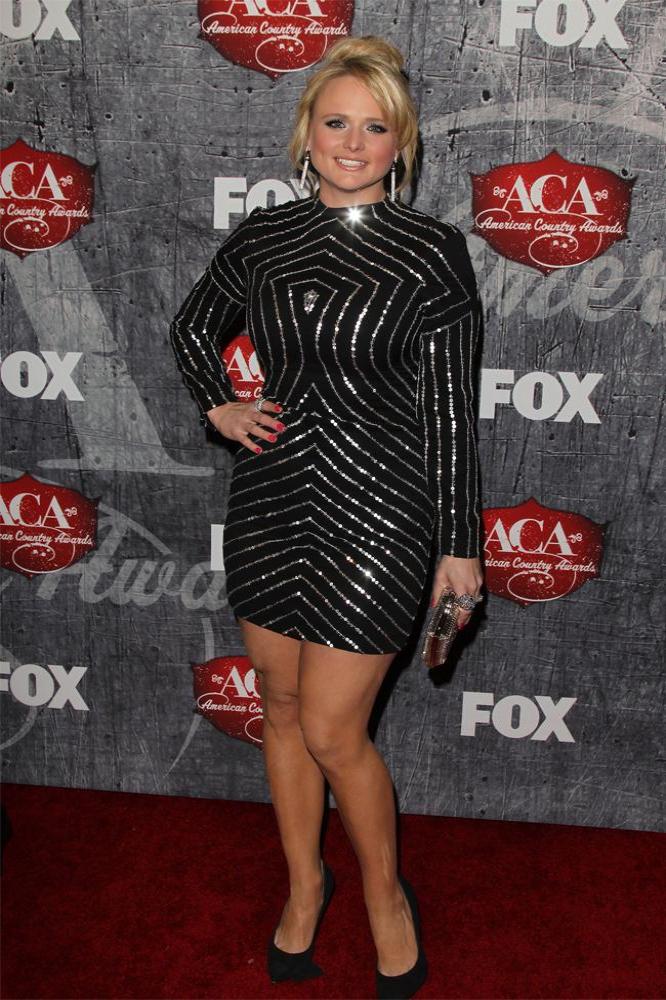 Miranda Lambert and TIM McGRAW will lead the way at the 2014 Academy of Country Music Awards after scoring seven nominations apiece.

The House That Built Me beauty will attempt to defend her title as the Female Vocalist of the Year after taking home the accolade for the past four years; she will compete against Sheryl Crow, Taylor Swift, Carrie Underwood and double Grammy winner Kacey Musgraves, while the star is also in the running for Entertainer of the Year, a category which also features her husband Blake Shelton, Luke Bryan, Swift and George Strait.

Lambert is also up for Single Record of the Year, Song of the Year and Video of the Year for Mama's Broken Heart, which was co-written by Musgraves, and she has earned a double mention in the Vocal Event of the Year shortlist for her Keith Urban duet We Were Us and Boys 'Round Here with her band Pistol Annies.

Meanwhile, McGraw's Two Lanes of Freedom is nominated for Album of the Year, and Highway Don't Care will give Lambert a run for her money in the Single Record, Vocal Event and Video of the Year categories.

The Male Vocalist of the Year honour will be a fight between six-time nominee Urban, Bryan, Lee Brice, Shelton and Jason Aldean, while the acts up for Vocal Duo of the Year include Big and Rich, Florida Georgia Line and Thompson Square, and Vocal Group of the Year features Zac Brown Band, Lady Antebellum and The Band Perry.

Bob Dylan has earned his first ACMA nomination for Song of the Year - he wrote Darius Rucker and Lady Antebellum's hit Wagon Wheel.

The nominees were announced online by stars including Katy Perry and actress Beth Behrs, and the winners will be revealed at a ceremony on 6 April (14).

Blake Shelton and Luke Bryan will return to host the prizegiving from the MGM Grand Garden Arena in Las Vegas.