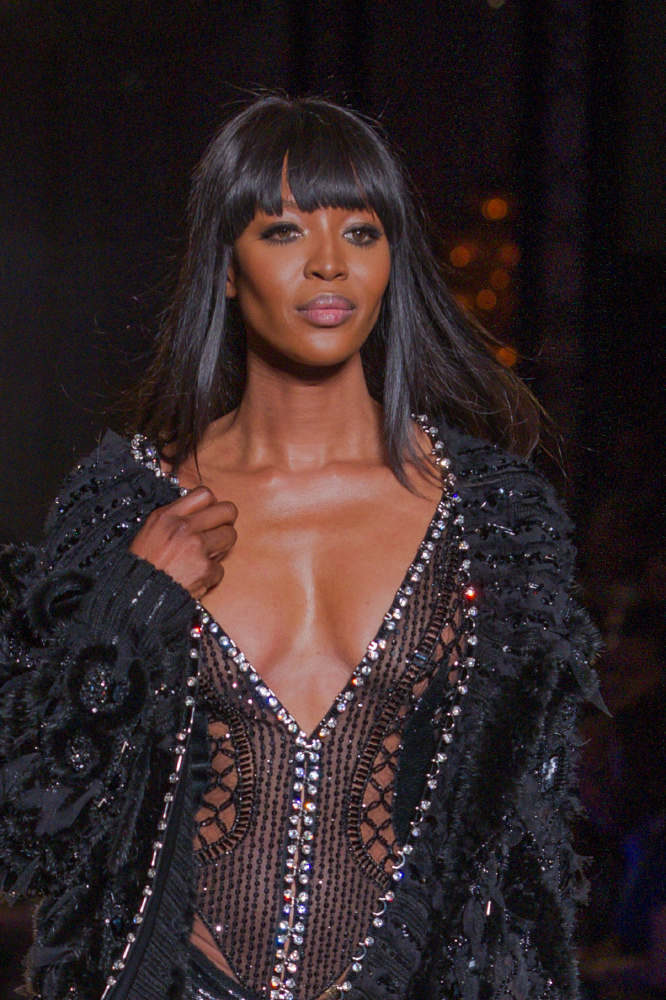 Supermodel Naomi Campbell has been rocked to her core by the death of late civil rights icon Nelson Mandela, insisting he gave her "a reason for being" during times of personal difficulty.

The British beauty became one of the former South African President's 'honourary granddaughters' after forming a close bond with the politician in the early 1990s, and they worked together on a number of charity projects throughout the years.

On Friday (06Dec13), Campbell, who has previously struggled with drug and temper troubles, added her memories of Mandela to the many celebrity tributes which have flooded social networking sites since his passing on Thursday (05Dec13).

A statement posted on her Facebook.com page reads "Nelson Mandela has stood as a figure of strength, hope, freedom, selflessness and love, and I join everyone across the world in mourning his passing. However, he was much more than just a figurehead to me - he was my mentor, my honorary grandfather, my Tata. Since meeting him in 1993, he's guided me and gave me a reason for being in the tough times of my life. He changed my perception of the world. "It will take time to come to terms with his absence, but I know his energy and impact will forever be in the core of my spirit.

"My heart goes out to the entire Mandela family - Mama Graca, Mama Winnie, Zindzi, Malengani, Josina and the rest of the family".

Meanwhile, TV mogul Oprah Winfrey, who was inspired by Mandela to open her all-girls school in South Africa, has expressed her sadness at the great loss.

In an email to EW.com, she writes, "One of the great honors of my life was to be invited to Nelson Mandela's home, spend private time and get to know him. He was everything you've ever heard and more - humble and unscathed by bitterness. And he always loved to tell a good joke. Being in his presence was like sitting with grace and majesty at the same time. He will always be my hero. His life was a gift to us all".

And Spice Girls singer Melanie Brown, who struck up an unlikely friendship with Mandela after meeting him with her bandmates in 1997, also remembered the late legend in a touching post on Instagram.com on Thursday.

Alongside a photo of the Spice Girls posing with Mandela, she wrote, "We truly have just lost someone sooo amazing in every way,what a soul,what a man,may he rest in peace,I will never forget our conversations and never forget him,today is a sad day for me".