Actor/rapper Nick Cannon is set to produce and star in a sequel to 2002's Drumline.

The rapper-turned-TV personality will reprise his role as Devon Miles in Drumline A New Beat, which will centre on a female student at a Louisiana University who hopes to become the first-ever woman drumline section leader at the college.

The film will air on America's VH1 network in the autumn (14), according to Deadline.com.

Cannon says, Drumline was not just a successful film; it was a cultural happening.

Even though it was released over a decade ago, I am constantly approached by people on the street who tell me how much of an impact it made on them.

As a producer, my thought was, 'How do we create an updated version that would translate to today's audience and still feel fresh and original?' Adding a female lead character really makes sense, and VH1 is the perfect network to partner with on this modernised take on what is considered a unique and classic film experience. Production is set to begin in the spring (14). 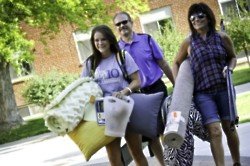