R&B singer Ray J was caught up in a violent brawl at a concert venue in Los Angeles in the early hours of Friday morning (22Mar13).

The One Wish hitmaker was chatting to pals backstage at Club Nokia when an argument broke out after a female reveller accused the star of calling her a "fat b**ch".

In film footage obtained by TMZ.com, he can be seen calmly trying to placate the woman before the confrontation becomes more heated and fists fly as the singer clashes with friends of the unnamed female.

The violent bust-up happened at around 1am local time after the West Coast Fest concert featuring performances by stars including Warren G, Too Short, and Mack 10.

It is not known if cops were called to the venue but no arrests were made following the incident. 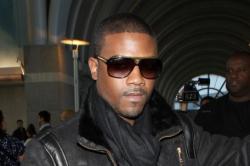