U2 intend their next album, titled 'Songs of Experience', in 18 months and it will be part of a trilogy of themed LPs which started with 'Songs of Innocence'. 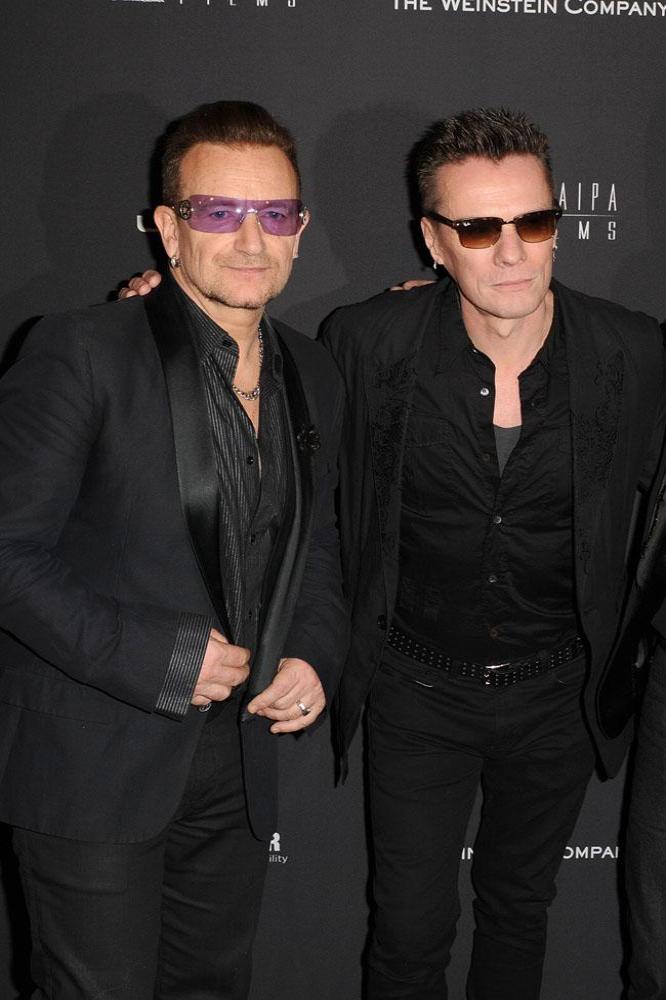 U2 plan to release a new album in just 18 months.

The Irish rockers caused controversy when they allowed their latest LP 'Songs of Innocence' to be given away on iTunes for free but despite only coming out in September the group already have another collection, titled 'Songs of Experience', lined up.

Bassist Adam Clayton told the new issue of Rolling Stone magazine: "We're hoping 'Songs of Experience' will be less about intimacy and more about a celebration of sorts."

Clayton's bandmate Bono has also revealed an album called 'Songs of Ascent' - a record he previously claimed would be the follow-up to 2009's 'No Line on the Horizon' - could still be released as part of a trilogy of themed LPs.

The singer said: "'Songs of Ascent' will come. And there are some beautiful songs."

The band also revealed they scrapped a completed version of 'Songs of Innocence' entirely produced by Danger Mouse because it didn't sound how a U2 record should sound, and instead changed some tracks with Ryan Tedder, Paul Epworth, Declan Gaffney and Flood.

Speaking about the music solely made with Danger Mouse, guitarist The Edge - who is also joined in the band by drummer Larry Mullen, Jr. - said: "We realised, 'OK, we've actually not delivered what you might call the hallmarks of our work - the big music."

tagged in Bono U2