A New York judge has refused to dismiss a lawsuit filed against 50 Cent after he was accused of spoofing and unlawfully releasing a sex tape belonging to a former lover of his rap rival Rick Ross.

Lastonia Leviston took legal action against the In Da Club star in 2010, a year after he was accused of posting the explicit video on his website.

In papers filed in New York's Manhattan Supreme Court, Leviston claimed 50 Cent blurred out her then-partner Maurice Murray's face and edited the tape to depict himself getting intimate with her as his online character Pimpin' Curly, wearing a curly wig and blue robe, while adding his own narration to poke fun at Ross.

She demanded compensation for the unauthorised use of her name or image and the emotional distress it caused, but at the time, 50 Cent laughed off the suit and tried to have the case thrown out of court, insisting he only recorded the spoof and wasn't responsible for the tape's release.

However, his move for a dismissal was turned down on Thursday (02Jan14) after a judge ruled there was enough evidence for the suit to proceed, paving the way for Leviston's claims to be heard in front of a jury, reports the New York Daily News. 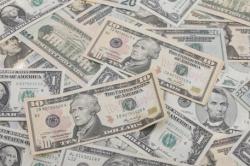 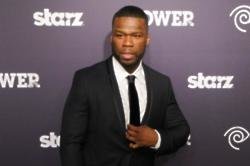