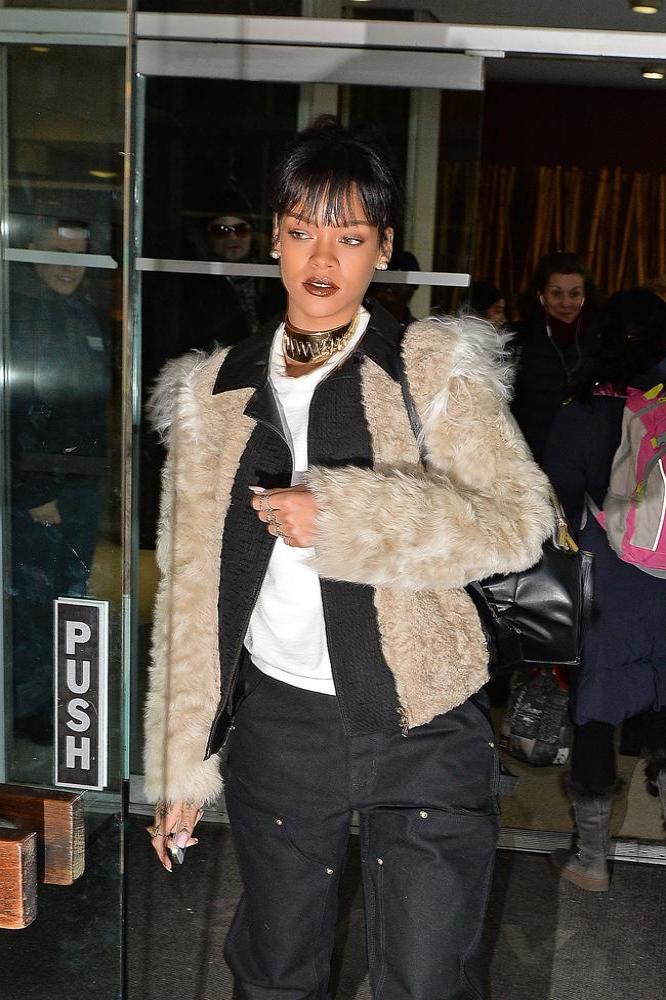 Rihanna celebrated the German soccer team's win at the World Cup tournament on Sunday (13Jul14) by partying with the triumphant sportsmen.

She added, They brought me the cup!!! I love these guys!!! Congratulations!!!!

The Diamonds hitmaker famously posted running commentaries on Twitter.com during the tournament in Brazil and backed the German team ahead of its final clash against Argentina on Sunday.

The pop singer watched her favourites win 1-0 at the Maracana Stadium in Rio de Janeiro, Brazil and posted a number of pictures of herself enjoying the match from the stands.

After the game, she wrote, "Congrats (congratulations) to my German boyz (sic)! This was the most epic experience of my entire life! You guys made me so proud to be here".

Rihanna then celebrated with German players including Mario Gotze, who scored the winning goal, and his teammate Miroslav Klose, and she was even pictured posing with the World Cup trophy.