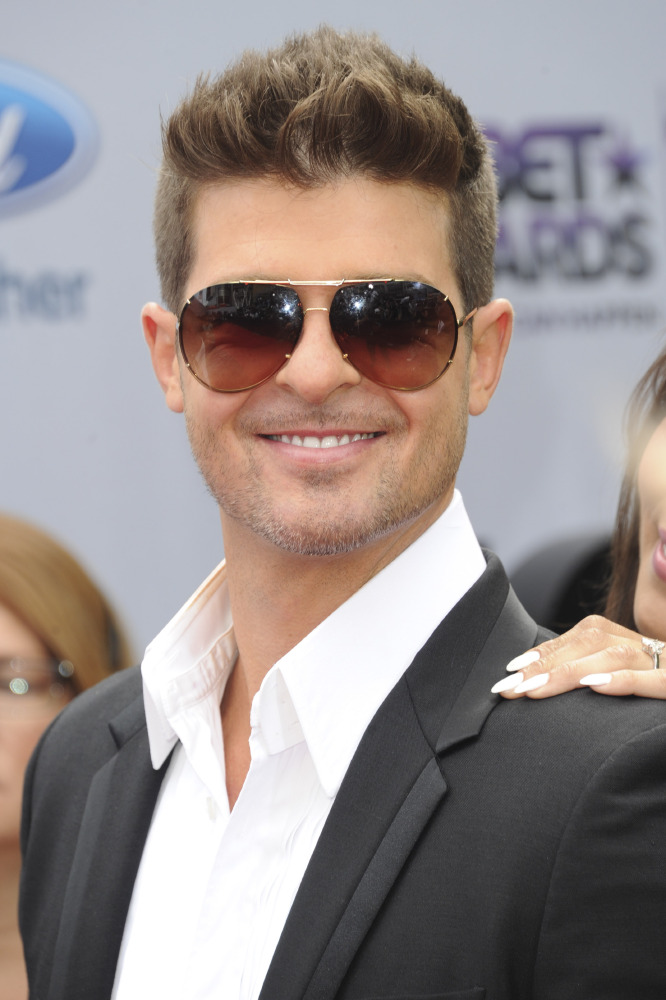 Robin Thicke says no to performing with Miley Cyrus again, insisting their raunchy routine at the MTV Video Music Awards ceremony was a one-off.

Cyrus made headlines in August (13) when she hit the stage in latex underwear to perform a saucy 'twerking' routine with Thicke to his hit track Blurred Lines, and footage of the raunchy stage show became an Internet sensation.

Both stars are expected to appear at the upcoming MTV Europe Music Awards in the Netherlands on Sunday (10Nov13), but Thicke has now confirmed there will be no repeat performance with Cyrus.

He made the revelation in an interview with U.K. talk show host Alan Carr, who asked whether fans could hope for another racy duet and Thicke replied, "Oh no, no no no... No no, definitely no, definitely not".

The singer also revealed that although the VMAs performance was planned, he had no idea Cyrus would don such a raunchy outfit, adding, "You know the only difference was she didn't wear that outfit in rehearsals, so it never seemed as bad, it seemed more playful. And to us, there was no sexuality between us, it was all silliness and fun, it was like throwing a party at your house and being silly".