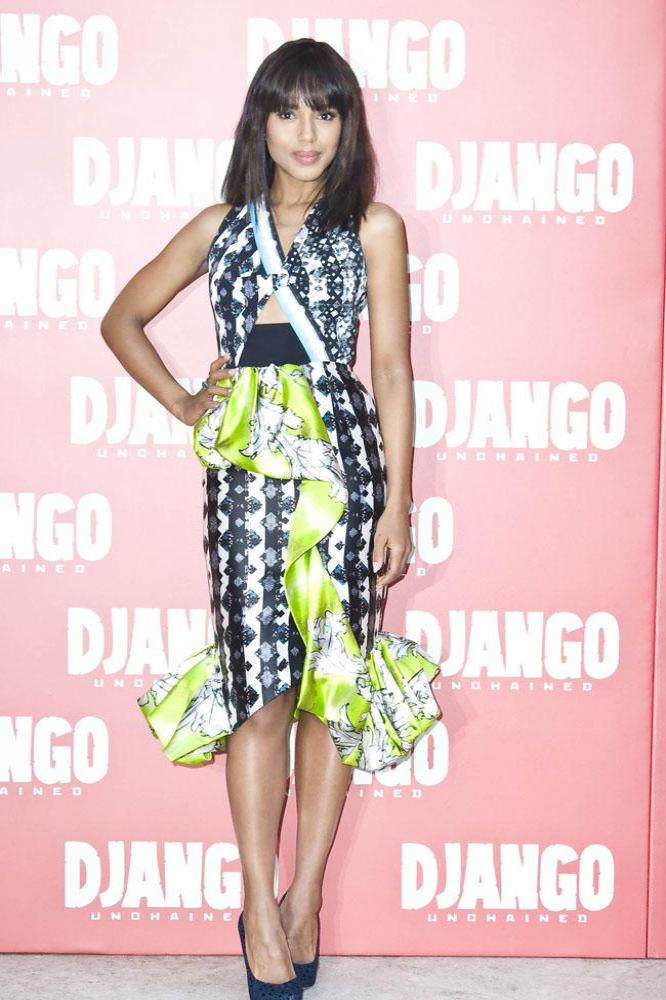 Kasabian rocker Serge Pizzorno, actress Kerry Washington and Hayden Panettiere's boxer fiance Wladimir Klitschko have voiced their support for protesters in the Ukraine after at least 75 people were killed in two days of violent clashes with authorities.

Anti-violence and yet a radical at heart

Political unrest has been spreading across the Eastern European country since November (13), when distraught citizens began rallying against President Viktor Yanukovych and his government in a bid to convince leaders to join the European Union instead of strengthen ties with Russia.

Police have been turning on demonstrators and at least 26 people were killed in fights on Tuesday (18Feb14), while officials from the country's Health Ministry claimed the death toll from this week had risen to 75 after three hours of clashes on Thursday (20Feb14) - shortly after a truce was called between the protesters and authorities.

The death figures so far this week means the nation is experiencing its worst violence in 22 years, since the Ukraine broke away from the Soviet Union.

Pizzorno is just one of a number of celebrities keeping an eye on the developing news, and he sent out a message of solidarity via Kasabian's Twitter.com page on Thursday, writing, "Sending love to our Ukrainian brothers and sisters, remembering the privilege we had in playing Kiev's Olympic Stadium July '12 ..".

Meanwhile, Django Unchained beauty Washington wrote, "Sending prayers", and actress Eliza Dushku added, "Visited Kiev in the '90's. Can't get un-glued to this calamity. Anti-violence and yet a radical at heart. PowerToThePeople. Ukraine".

Oscar nominee Jared Leto and country singer Chely Wright have also been retweeting news links about the unrest, while Klitschko and his brother Vitali, who plans to run for the Ukrainian presidency in 2015, also called for action via their shared Twitter account.

The Klitschkos write, "The time for failed negotiations is over. We need help from the west! Sanctions against Yanukovich's regime, now!"