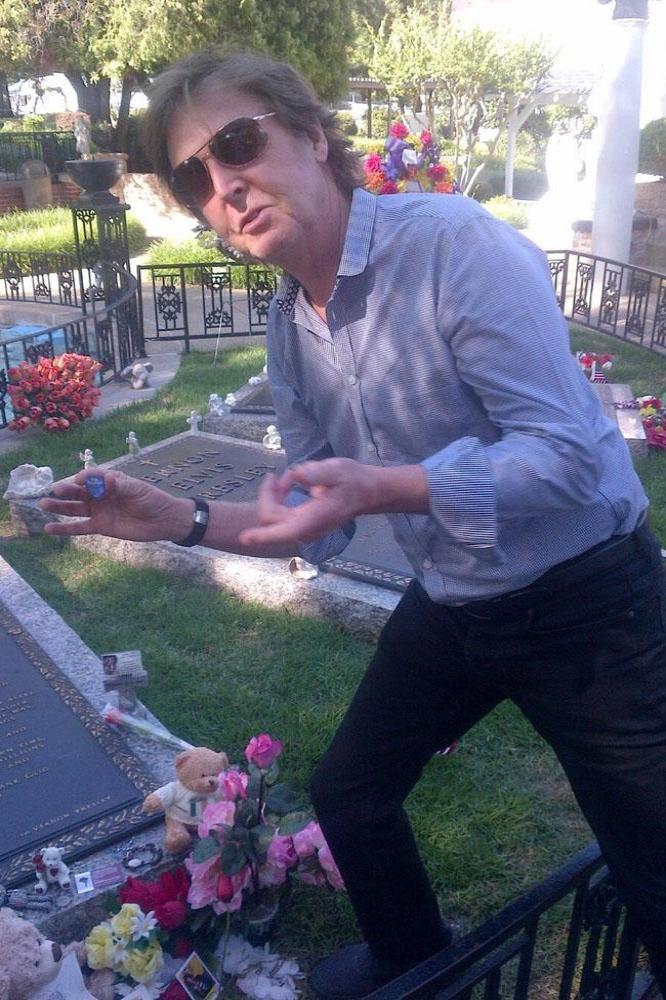 SIR PAUL McCARTNEY's new video for QUEENIE EYE has debuted online with features from an array of stars, who appear as ghosts in the studio as the former Beatle records the track at Abbey Road Studios in London.

Johnny Depp appears seated at the feet of McCartney's piano, listening to the tune on his headphones, while his ex-girlfriend Kate Moss dances on the instrument as the room fills up with celebrities.