Marion 'Suge' Knight is a wanted man again after he failed to show up in court on Thursday.

Two warrants for Knight's arrest have been issued in California after he missed a scheduled appearance at the Los Angeles County Superior Court.

A spokesperson for the court tells TMZ.com the hearing was in relation to two cases from 2011 and 2012. 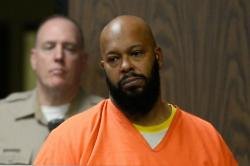 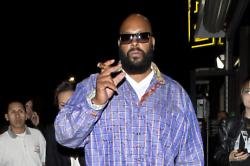