Taylor Swift has vowed to collaborate with Madonna again following their iHeartRadio Music Awards performance to dispel rumours they are rivals.

Taylor Swift has vowed to collaborate with Madonna again. 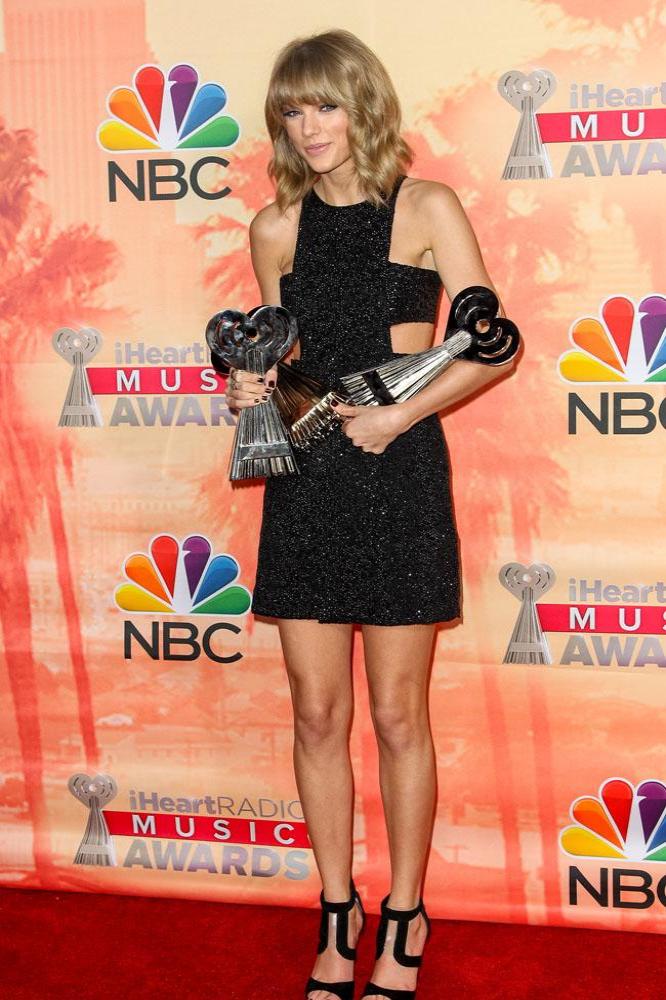 Taylor Swift at the iHeartRadio Awards

The 25-year-old star joined the 'Rebel Heart' hitmaker on stage at the iHeartRadio Music Awards earlier this year for a live rendition of Madonna's track 'Ghost Town' and now she has vowed to work with her again to dispel any myths of tension between the pair.

She said: "Madonna and I will collaborate again and then [the media] will realize there was no weird tension or competitive factor."

Speculation of the musicians' souring relationship came about with the release of their 'Bad Blood' and 'Bitch I'm Madonna' videos, both of which featured a flurry of other famous faces, sparking rumours they were competing against each other with the clips.

However, Taylor insisted they are still close saying: "I felt so much resentment that they would take two women who made ambitious music videos and use that as a qualifying factor to comparing and contrasting them.

"I hated that because Madonna and I have gotten along and been fans of each other and performed together, and I didn't want to see that, and there was nothing I could do, and there's nothing she could do, because that's the way the world works right now."

And the 'Shake It Off' singer - who is dating Calvin Harris - said they are so close, Madonna even sent her a gift following their performance together back in March.

"A week later, I get this box in the mail, and she had sent me the same diffuser, and all these essential oils, and the exact candle I had complimented."