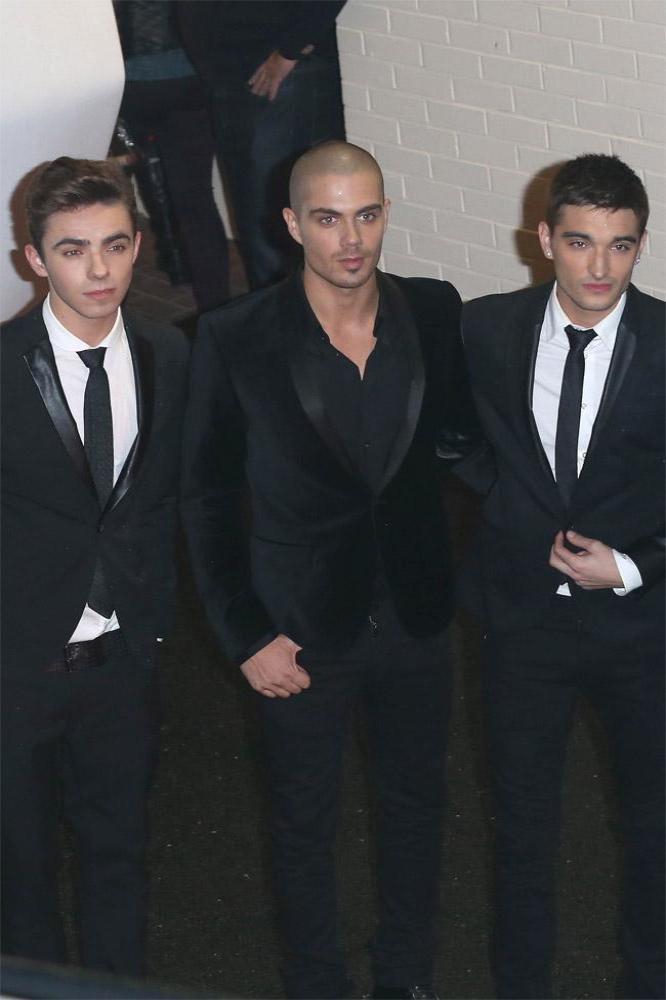 British-Irish pop stars The Wanted will embark on an extended hiatus following the completion of their upcoming world tour.

The Glad You Came hitmakers broke the news to fans on Wednesday (22Jan14) as they unveiled the video for their new single Glow In The Dark, but Max George, Nathan Sykes, Tom Parker, Siva Kaneswaran and Jay McGuiness won't disappear for good - they are simply planning to take some time out from the boyband to pursue other projects.

A statement posted on their website reads "This tour will be their last for a while as Tom, Max, Jay, Siva and Nathan have collectively decided to take time to pursue personal endeavours following the tour's conclusion. "The band wants to stress to their fans that they will continue on as The Wanted and look forward to many successful projects together in the future.

They thank their fans for their continued love and support and look forward to seeing them on tour". And Parker has been eager to stress the break does not mean the band is splitting up. Taking to Twitter.com, he writes, "Just want to say...It's a break, not the end.

You can't get rid of us that easily haha!" The Wanted formed in 2009 and have scored a string of hits, including Glad You Came, All Time Low and Lose My Mind. They have also grown popular in the U.S. after recruiting Justin Bieber's manager, Scooter Braun, to guide their careers and documented their efforts to crack the Billboard charts last year (13) on their own reality TV show, The Wanted Life. Their Word of Mouth World Tour will kick off in Germany on 8 February (14) and take the boys across Europe and North America. The shows will conclude in Oklahoma on 17 May (14). News of The Wanted's hiatus emerges just weeks after singer Kaneswaran proposed to his longtime girlfriend, fashion designer Nareesha McCaffrey.