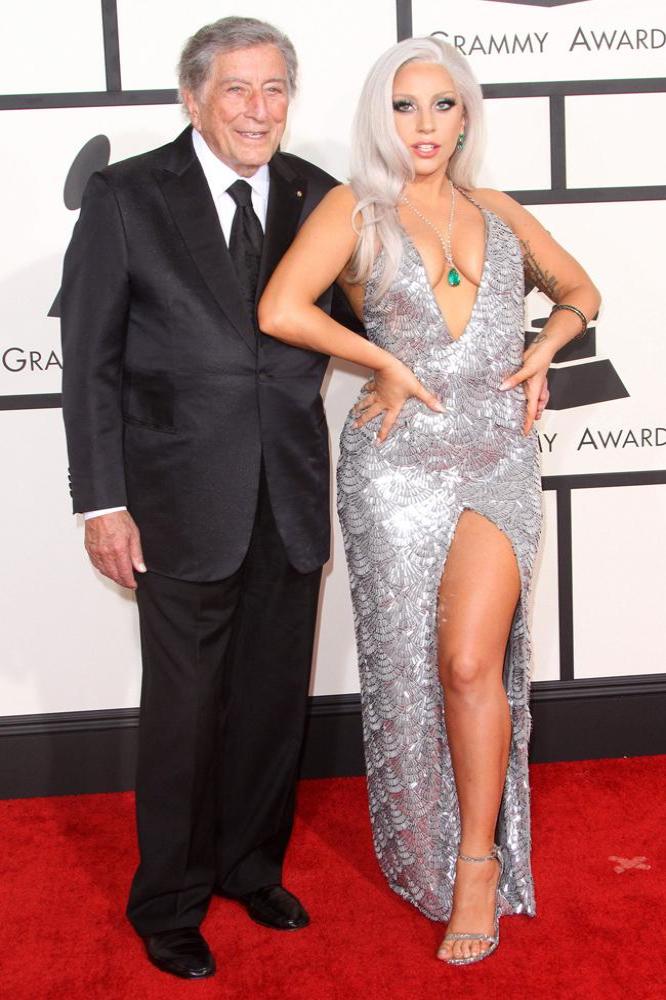 The 89-year-old musician has confirmed they are working on a follow-up to their acclaimed 'Cheek to Cheek' LP - which was released in 2014 and won the Grammy for Best Traditional Pop Vocal Album.

Asked if he is working on anything new with the 'Born This Way' hitmaker, he said: "Yeah, we're doing an album. It's going to be all Cole Porter songs. He was the best writer of all of them in the 'Great American Songbook'. Highly intelligent. We're going to have a lot of fun doing that."

The legendary jazz musician praised "gorgeous singer" Gaga and admitted their last record benefited both of them because teenagers became aware of his music and Tony's followers realised just how wonderful Gaga is.

He told Vulture magazine: "Gaga is a gorgeous singer, and when she sings a great ballad, I get goose bumps. She helped me and I helped her by doing 'Cheek to Cheek'. Through her telling her audience how much she likes me, all of them became fans of mine, all these young teenagers.

"On the other hand, by her singing these beautiful songs on the album, the audience I have, all of them said, 'God, I never knew she sang that wonderfully'. So we both helped one another. We get along great. She's got a lot of talent."