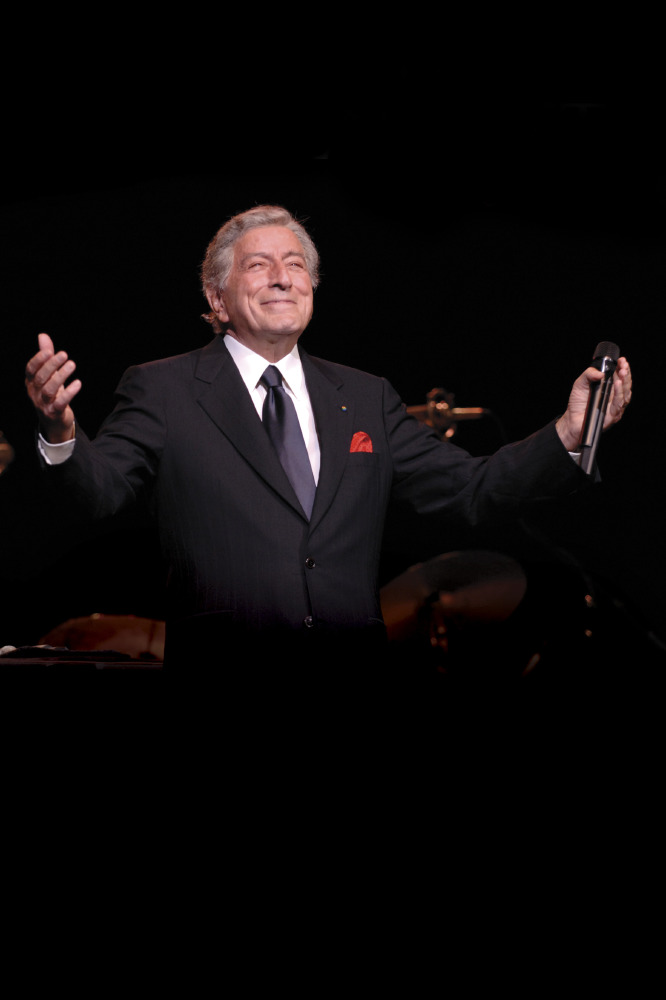 Tony Bennett is planning to spend the rest of his life working with Lady Gaga, revealing he's already at work on the follow-up to the odd couple's new jazz standards album Cheek to Cheek.

She said, 'Why wait? Let's do it right away'

The two singers became friends when Gaga first joined the legendary crooner for his Grammy Award-winning Duets II album in 2011 and now the pair is releasing a record full of its collaborations, titled Cheek to Cheek.

And Bennett hopes to be working with the Poker Face hitmaker for many more years to come.

He tells Billboard.com, "We'll be touring together for quite a while. She's kind of exhausted from playing for 45,000 people a night. She said, 'Let's just play for three to six weeks in Las Vegas'. "She has the idea of just performing at Radio City for possibly two weeks with her.

It's amazing how she's planning out how we should perform together, and it won't be those 45,000-seat places because I work in acoustical halls all the time, or outdoor theaters sometimes.

"I'm not interested in playing to 45,000 people a night, so she's finding places where we could work for three or four days, or three or four weeks, in one place at a time. That's how she wants to work with me".

The pair's new album will be out next month (Sep14) and a TV special, titled Tony Bennett and Lady Gaga Cheek To Cheek Live!, will debut in the U.S. on 24 October (14).

And then Bennett hopes to star work on a new album - a reworking of Cole Porter's 1936 song cycle Red, Hot and Blue.

He adds, "I received the music for that. When I told Lady Gaga, I said, 'If this (Cheek To Cheek) goes well, we could do a follow-up with Cole Porter, Red, Hot and Blue. She said, 'Why wait? Let's do it right away'. So we're gonna do two albums in a row with her. We'll have to try and do that as soon as possible, just as a follow-up for a second album".