Tony Iommi has revealed his treatment for lymphoma has been a success and he is in remission.

Tony Iommi's cancer is in remission. 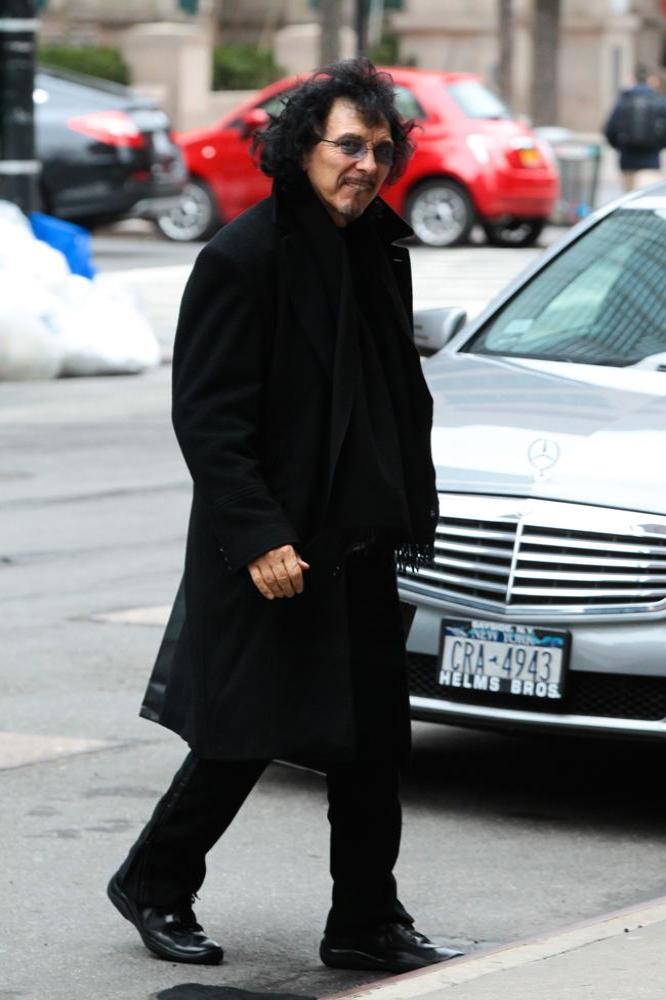 The Black Sabbath guitarist, who was diagnosed with lymphoma cancer in 2013, is overjoyed that his treatment has been a success and although he knows it could return in the future he's hopeful that his good health will continue.

He shared: "I came back to hospital straight after we finished a round of European tour dates, and the good news is that everything is alright up to this point.

"I am in remission and hopefully, this situation will continue.

"The chemotherapy and the follow-up treatment appear to have done the trick - but I'm aware that it could come back one day."

The 68-year-old rocker will have to have regular blood tests and check-ups so that any signs the cancer has returned can be detected early.

Tony - who was speaking after he unveiled a plaque at the brand new The Spire Specialist Care Centre at Solihull's Spire Parkway Hospital - told the Birmingham Mail newspaper: "I have a blood test every six weeks at my GP's, and I come in here at regular intervals for check-ups. That's something that I'll have to live with for the rest of my life, looking for any warning signs that it might be rearing its ugly head again.

"But the availability of a facility like the Specialist Care Centre makes it so much easier. They're all lovely here!"

The 'Paranoid' hitmaker was full of praise for the new facility and is thankful for the help they've given him and for making him at ease during such a scary and difficult time.

He said: "When you have an illness such as cancer, it is important that the inevitable anxiety associated with a hospital visit is eased.

"All the staff are friendly and helpful. You can talk to them about any concerns you may have, about your treatment or just about life in general, which is sometimes exactly what you need.

"I can't thank them enough for what they have done for me, and others like me."

Tony - who is joined by Ozzy Osbourne and Geezer Butler in the heavy metal band - previously said he was to stop touring once they finish their farewell tour in January 2017.

However, now he's in remission he could reconsider extending the shows, which is something singer Ozzy would love.

Ozzy, 67, recently said: "We're doing 80 shows. It's good enough. I wouldn't mind extending the tour for another few gigs. There's a lot of people who won't get to see us, but I don't think it's going to happen."