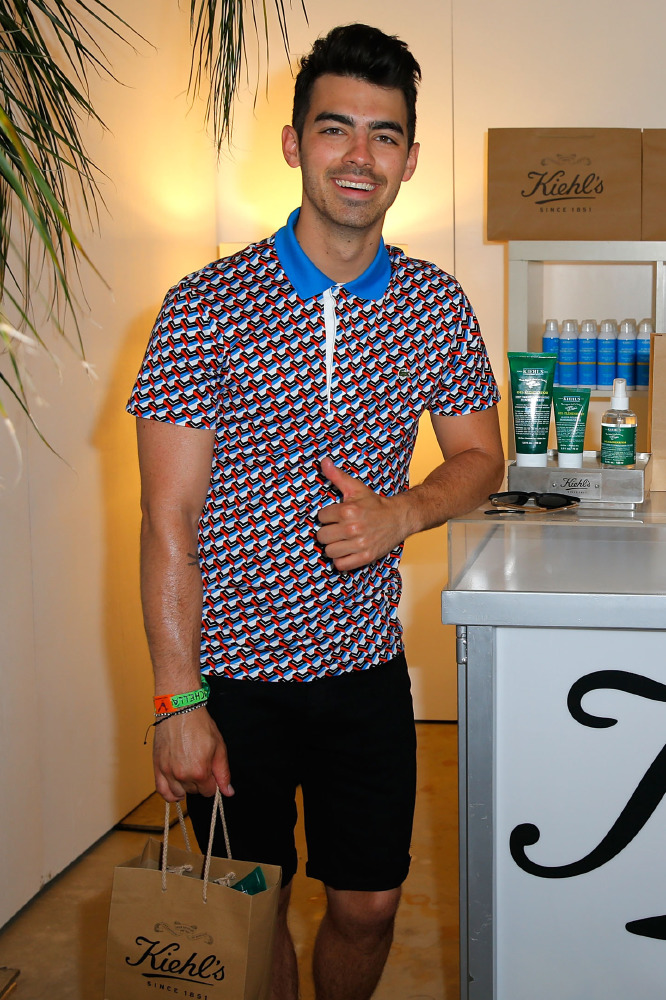 We hope that people will be really involved and have a lot of fun, make this kind of something that we get to do a lot more of

Pop siblings Kevin and Joe Jonas are reuniting to head out on tour for an intimate series of question and answer sessions with fans.

The stars, along with Nick Jonas, disbanded their group the Jonas Brothers in October (13) after pulling the plug on a North American tour due to tensions between the trio, but now Joe and his older brother Kevin are set to make it up to devotees by joining forces for a new interactive theatre experience.

The shows, titled Off the Record with Kevin and Joe Jonas, will give fans the rare chance to quiz their idols on their careers and personal lives, while they will also be treated to never-before-seen video footage and other surprises.

Joe tells ETonline.com, "We're going to be talking about our old stories from when we toured together, show pictures, a lot of laughs, and get the fans involved. So I want everyone to come out and hangout... "We hope that people will be really involved and have a lot of fun, make this kind of something that we get to do a lot more of". The talks will kick off in New Jersey on 5 June (14) before the brothers head out across the U.S. The reason for Nick Jonas' absence from the tour has yet to be revealed, but the pop hunk has plenty to keep himself busy - he's set to play a mixed martial arts (MMA) fighter in new U.S. TV drama Navy St., while he will soon begin promoting new film thriller Careful What You Wish For, which was shot last year (13).