Beastie Boys stars AD-Rock and Mike D have teamed up with Yoko Ono's Plastic Ono Band for their first studio project since the death of bandmate Adam Yauch.

The pair - real names Adam Horovitz and Mike Diamond - revealed the No Sleep Till Brooklyn hitmakers were likely to split following Yauch's death last year (12) but subsequently agreed they still wanted to work together.

Now it has emerged they have joined Ono's backing band to record a new track, titled Bad Dancer.

The song is streaming on Ono's website this week (beg12Aug13) and will feature on her upcoming album, Take Me To The Land Of Hell.

Yauch died in May 2012 after a three-year battle with cancer. 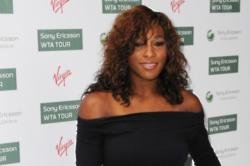