The group took home the prestigious accolade on Thursday night (01.11.2012) for their debut album 'An Awesome Wave' and thanked their parents for encouraging them to pursue a music career.

As they accepted the prize on stage, the band said: "We might just thank everyone in team Alt-J who has ever made a difference to us. And our parents ... thanks for not making us get jobs!"

The band - Joe Newman, Gwil Sainsbury, Thom Green and Gus Unger-Hamilton - met at the University of Leeds in 2007 before signing a record deal in 2011.

Alt-J beat 11 other nominees, including Plan B, The Maccabees, Richard Hawley and Django Django, to take the award - which recognises the best UK or Irish album of the last 12 months.

The ceremony - which was presented by Lauren Laverne who has taken over hosting duties from long-time presenter Jools Holland - took place at the Roundhouse in Camden, London, and featured performances from all 12 nominated acts.

Plan B opened proceedings with the title track from his nominated album 'Ill Manors' - the soundtrack to the film of the same name which he wrote, directed and starred in.

Other notable performances came from Lianne La Havas and The Maccabees who closed the show with a rendition of 'Pelican'. 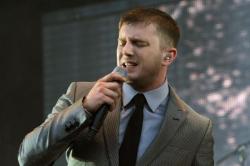 Plan B 'working on comeback album' 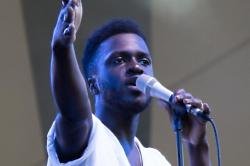 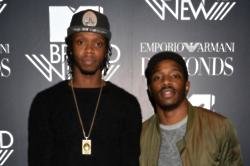