Beth Ditto's forthcoming solo EP is will have a ''psychedelic disco'' sound, but will also be ''raw and simple.''

We tried to keep it pretty raw and simple, all the while focussing on Beth's brilliant melodies.

Simian Mobile Disco - the British dance music duo who worked with the Gossip singer on her first solo tracks away from the band praised the vocalist and said they used the tracks to expand on the sound they developed on their track 'Cruel Intentions' from the second album 'Temporary Pleasure'.

The duo -made up of James Ford and Jas Shaw - said: "It couldn't have been any more fun.

"We basically started where we left off with cruel intentions and went deeper into psychedelic disco territory.

"We tried to keep it pretty raw and simple, all the while focussing on Beth's brilliant melodies."

Beth's solo four track EP will be a departure from the dance rock 'n' roll of her usual band, and it is unclear if she will follow it with a full album.

Although her new recordings have a disco sound, Beth has previously admitted to being an unlikely fan of 80s power ballads.

The 'Standing In The Way of Control' singer said: "I think part of the appeal is that they are the ultimate no-no. It fits in with the fact that I still don't feel normal."

Beth's solo EP will be released in January. 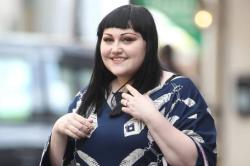 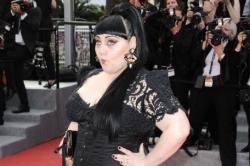