Biffy Clyro almost split making their new album, 'Opposites', as they were under tremendous personal and professional pressure.

The 'Black Chandelier' group were under tremendous personal and professional pressure when recording new double record, 'Opposites', which was almost enough to make them quit.

Vocalist Simon Neil said things had been strained in his relationship with wife Francesca, explaining: "We've had a lot to deal with. My wife had a couple of miscarriages last year, which is really tough."

At the same time the band suffered, with Ben Johnston battling alcoholism.

Simon, 33, added: "Benny had been drinking heavily for a few years and he'd given up. But he was losing interest. He was late, missing things.

"It was the first time I felt, 'S**t, everything could fall apart- with my wife but also with Biffy.' "

The songs on 'Opposites' reflect the group's struggles in their two discs, 'The Sand at the Core of our Bones' and 'The Land at the End of our Toes', and thankfully Simon's marriage has also remained intact.

He added to NME magazine: "Sometimes I wish life could deal you a good hand, but then I wouldn't care so much about the music. If we can't save each other as brothers - because we're not just a band, we are family- then what can you save?" 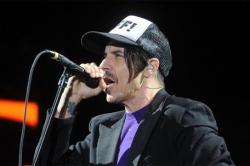 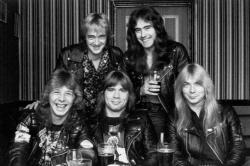