The veteran rapper is pleased his group will become the fourth hip-hop band to be included in the legendary institution - based in Cleveland, US - and says he'd like for all of the people who have been involved in the group's career to be rewarded for their efforts.

He told Rolling Stone magazine: "I'm very fortunate to be acknowledged by my peers.

"I take this very seriously. I grew up as a sports fan, and I know that a Hall of Fame is very different than an award for being the best of the year. It's a nod to the longevity of our accomplishment.

"When it comes to Public Enemy, we did this on our own terms. I imagine this as a trophy made out of crystal. I'd like to smash it into 10,000 pieces and hand each piece to a contributor."

The band - which also includes hype man Flavor Flav, producer Professor Griff, DJ Lord and dance crew The S1W - will also perform at the induction next year, and Chuck promises an unforgettable show.

He said: "We guarantee we're going to tear that damn place down. I might tell DJ Lord to rock the beginning of [prog rock band Rush's] 'Tom Sawyer.' Then people will be shaking their heads like, 'What the f**k is going on?'

"That's the ability of what I consider probably one of the greatest performing bands in hip-hop history. It's not bragging, because I don't brag about myself, but my guys are the best in the business. There's nobody that can touch Flava Flav. There's nobody else like him in the world."

Public Enemy will be inducted to the hall alongside Donna Summer, Rush, Heart, Randy Newman and Albert King in a ceremony which will take place will take place on May 18. 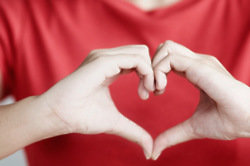