The soul music legend - who was recently thought to have cancer, but when he had a tumour removed it contained no trace of the condition - played on Elvis' track 'Suspicious Minds', but wasn't impressed by the star.

Bobby also wrote one of The Rolling Stones' first ever hits, 'The Last Time', and worked with the band on their 1986 album 'Dirty Work'. While he got on with some members of the band, he "had a problem" with singer Sir Mick Jagger.

Speaking about 'The Last Time', he added: "To be honest with you, I said: 'Let the Rolling Stones get their own f***ing record and record that."

Speaking of Mick, he added: "Some people never grow up if you give 'em too much. They gonna be assholes, then they just become a bigger asshole."

Bobby was also working with Marvin Gaye just before he was shot and killed by his own father in 1984.

He said: "The last time I saw him, the day before he died, he said: 'Bobby, what's a nigger got to do to get on the cover of Rolling Stone?' It was all white acts. I said: 'Die.'.

"It's bull***t, it's really bull***t. One of the greatest singers in the world. Marvin never knew he was gonna be as big as he is. Now you hear him on commercials every day." 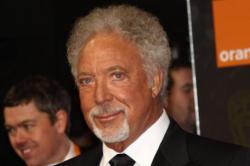