Kate Nash: Music Is My 'Therapy'

Kate Nash uses music as "therapy" and found her new album 'Girl Talk' was the perfect way to put all her feelings into songs.

The 25-year-old singer is set to release her third album 'Girl Talk' with her own label Have 10p Records and found the exploration with a bass guitar changed her entire outlook on writing songs - enabling her to voice her feelings through new methods.

Speaking exclusively to BANG Showbiz, Kate said: "The whole record is completely different. I was writing on bass it totally changed the way I wrote songs and opened up a whole new avenue. I think it is natural to progress and grow and change because you get bored of what you are doing so you move onto the next thing

"There was definitely things I went through personally that affected and influenced the whole entire record, I have had an interesting year to say the least and music is my therapy - it is how I deal with everything I am going through."

Although Kate's sound has changed from when she debuted her first ever track 'Foundations' in 2007, she still returns to her roots in the new album and had a firm idea of what she wanted record to evoke.

When asked which two songs sum up 'Girl Talk' best, she replied: "I would say 'Sister', because that makes me feel so good when I play that live. When I wrote it I felt that this was what my album was going to be like, I just know it.

"Also 'Oh My God' and that is the poppiest one on the record and it still shows that I still have inside me those pop medleys and harmonies." 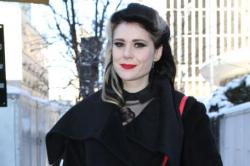 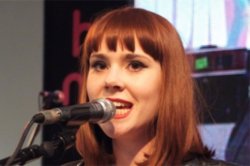