Mumford And Sons Snub One Direction

Mumford and Sons snubbed One Direction at the BRIT Awards on Wednesday (20.02.13), ignoring them when they came to offer their congratulations for being named British Band.

Mumford and Sons at the BRITs

Mumford and Sons snubbed One Direction at the BRIT Awards.

The 'Lover of the Light' folk-rockers beat the boy band to claim the trophy for British Group, but when they ran into them backstage, didn't want to offer any consolation.

A source told the Daily Mirror newspaper: "The bands were passing in the corridor and 1D made an attempt to chat to them and say there were no hard feelings about them both winning different categories.

"But Mumford were having none of it. They didn't want to know. It was really awkward and everyone noticed."

One Direction were given the BRITs Global Success Award at the event, but were still smarting from being snubbed later that night as they partied.

Band member Liam Payne said: "Mumford's reaction was disappointing. We're really big fans and wanted to congratulate them. It was a shame."

Mumford and Sons leader Marcus Mumford also appeared to take a pop at the boy band when he accepted their award, saying: "We weren't really expecting that. I mean, we're in a category with Muse... And One Direction."

Both groups performed at the BRITs - held at London's The O2 venue - with Mumford and Sons playing their single 'I Will Wait' and One Direction debuting their new charity single, 'One Way or Another (Teenage Kicks)'.

tagged in One Direction Mumford and Sons Marcus Mumford 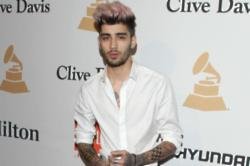