Nicky Wire is a huge fan of John Lydon's lyrics.

The Manic Street Preachers bass player counts the lyrics of the Sex Pistols 'God Save the Queen' as his favourite, and loves the venom and message the young singer - then called Johnny Rotten - put into the 1977 anti-monarchist song.

He said: "'When there's no future how can there be sin? / We're the flowers in the dustbin / We're the poison in your human machine / We're the future, your future,' it's still so powerful, so situationist and so real. For that to come from a 20-year-old John Lydon is quite staggering, really."

Nicky also counts the lyrics of The Smiths frontman Morrissey and the poems of Philip Larkin as having had a profound effect on him.

He added to NME magazine: "I was really good at sports, I wasn't a kid who was bullied and stuff like that, but all of a sudden I became swathed in this realisation that there was something else around me, and Philip Larkin and Morrissey made that really vivid and true.

"It made me and the rest of the band think, 'f**k this is good, it's the four of us against the world, isn't it great to be unpopular?" 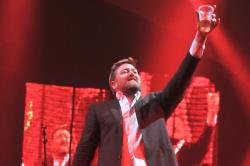 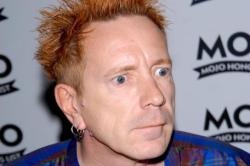